Asus has launched, the ROG XG Station, an external multimedia docking station which was first shown at CES. The ROG XG Station features a Geforce 8600 GT 256MB graphics card, it also features 2 USB ports, a TV out, DVI-I out and a VGA input, as well as a Dolby Virtual speaker, Dolby Digital Live and Dolby Pro Logic. The ROG XG Station is designed to be used with laptops, … END_OF_DOCUMENT_TOKEN_TO_BE_REPLACED 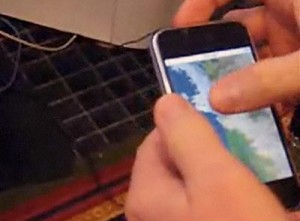 Check out this cool iPhone app, iPhone Earth, developed by Earthscape. This cool iPhone app uses the phone's accelerometers to allow for tilt and rotation when viewing the globe. They weren't downloading the imagery data over the net, it was all running local with just imagery for the San Francisco area. The application is under development using the Apple iPhone … END_OF_DOCUMENT_TOKEN_TO_BE_REPLACED 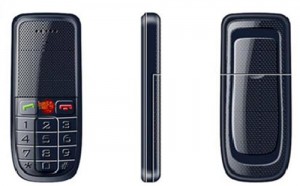 A company called Hop-On has just launched a disposable cellphone, the HOP1800. This disposable cellphone will sell for $10, all you need to do is add a sim card, and you can add one from over 40 domestic carriers within the US The Hop1800 is a basic phone, with no display, no mp3 or video playback, so basically it is a basic phone and thats it. There are two versions … END_OF_DOCUMENT_TOKEN_TO_BE_REPLACED 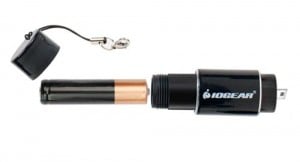 Here's a useful gadget from the guys at IOGEAR, the GearJuice rescue charger. How often does your cellphone run out of power just when you need it? well this useful gadget may be the solution. The IOGEAR GearJuice runs from one AA battery and can rescue your cellphone or mobile device from power failure, it will provide up to 15 minutes of additional talk time. It … END_OF_DOCUMENT_TOKEN_TO_BE_REPLACED 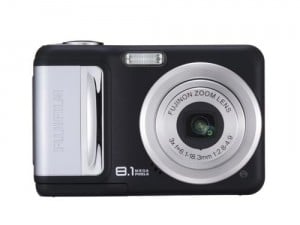 Fujifilm has launched a new compact digital camera the Fixepix A850. The Finepix A850 features an 8.1 Megapixel CCS sensor and 3x optical zoom. Images are view by the built in 2.5 inch LCD screen. It also feature 14 different screen modes and a 30fps video mode. Here's the specs. 8.1 Megapixels 3x optical zoom 2.5-inch LCD monitor Selectable sensitivity up to … END_OF_DOCUMENT_TOKEN_TO_BE_REPLACED 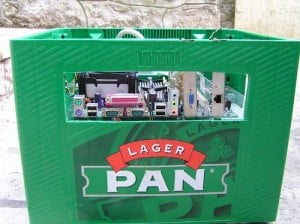 Here's a fun and unusual PC case mod, using a beer crate. Moder Mortal form Techpowerup forums decided to use his laptop for the mod, the specs include a P4 wilamette, 4x128mb RIMM, s3 32Mb, seagate 40gb and a combo drive. As you can see i've took beer case and made my laptop from it :)I've designed it into two levels on first is PSU screwed into bottm asvell HDD. Rom … END_OF_DOCUMENT_TOKEN_TO_BE_REPLACED 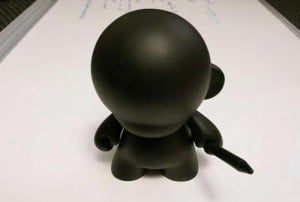 Check out these cool homemade speakers, made my moder Ed Lewis (Fungus Amungus) from Instructables. Ed used a custom vinyl doll called a Munny doll from the vinyl miniature creators over at Kidrobot. As the dolls Ed wanted to use were vinyl, they were extremely hard to cut, so he used a heat gun to heat up the vinyl and then was able to cut the face of these cute little … END_OF_DOCUMENT_TOKEN_TO_BE_REPLACED 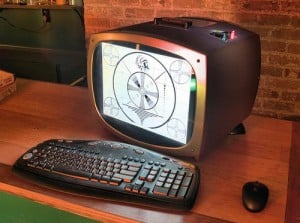 Check out this cool PC mod from moder DSchrubbe. He used an old portable TV from the 1950's to house this clever mod. Originally a 1957 Setchell-Carlson P-62 portable television, this great chassis now houses a PC and flatscreen monitor. Wi-Fi, a wireless keyboard, and wireless mouse reduce clutter. I hope to modify the peripherals to a similar style (one day). Now all he … END_OF_DOCUMENT_TOKEN_TO_BE_REPLACED 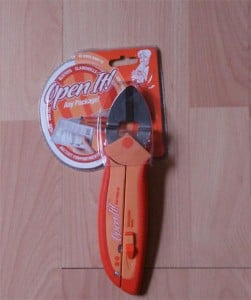 I received the Zibra Open It in the post this morning, together with other gadgets from some other manufacturers to review, so I thought this would be an ideal time to test the Open It. The Zibra Open It is a tool designed to open all that frustrating packaging that manufacturers fell the need to put on products, and I can never seem to open without a a lot of … END_OF_DOCUMENT_TOKEN_TO_BE_REPLACED 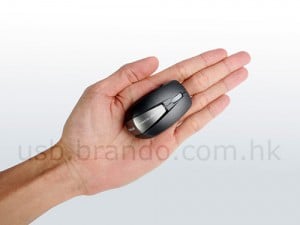 Check out this tiny 2.4GHZ wireless mouse from the guys over at Brando. It weighs in at just 32g and measures 68 x38 x 28mm, check out the photo below for the scale of just how small it is. This tiny mouse comes with a speed of 400 / 800 / 1600dpi at 3200 fps, it is also rechargeable and you will get a full 70 hours usage from one charge. It also features a … END_OF_DOCUMENT_TOKEN_TO_BE_REPLACED 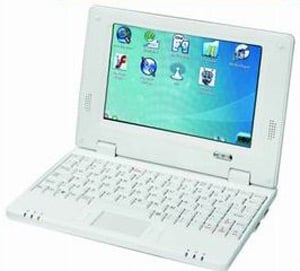 Another company has got in on the action with an inexpensive Linux sub notebook designed to rival the Asus Eee PC. Unlike the rest of the competitors, this one may actually have a chance of becoming popular becuase of the price. A single Bestlink Alpha 400 will cost you either $219 for the 1GB model or $250 for the 2GB model, which is very affordable, and if you want to … END_OF_DOCUMENT_TOKEN_TO_BE_REPLACED 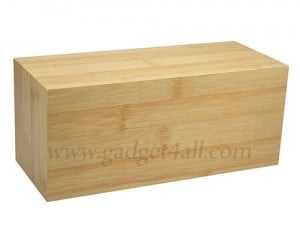 Here's a funky gadget, the blue LED wooden clock. The case is made of wood, and has LED's hidden behind the face, when the time is displayed it is shown through the wood, very cool. Here's the specs. Wooden brick design Blue LED Calendar within years 2000-2999 12/24 hour format# Display time, month & date and temperature alternately Alarm clock with 'beep' … END_OF_DOCUMENT_TOKEN_TO_BE_REPLACED