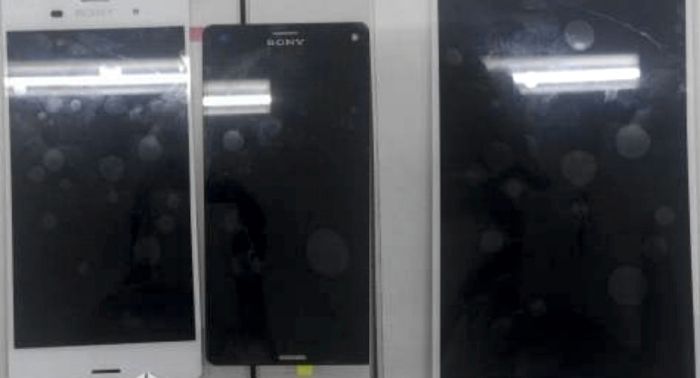 We have been hearing more and more about the new Sony Xperia Z3 smartphone over the last few weeks, and now some photos have appeared online which are reported to be of the new Xperia Z3 and Z3 Compact.

The Sony Xperia Z2 recently turned up with the model number D6653, and the handset is rumored to feature a 5.2 inch Full HD display with a resolution of 1920 x 1080 pixels.

Other rumored specifications on the Sony Xperia Z3 include a quad core Snapdragon 805 processor from Qualcomm, this is said to come with a clock speed of 2.5GHz.

The handset is also rumored to feature 3GB of RAM, and a choice of storage options from 16GB to 64GB, plus a microSD card slot for expansion.

Sony are also rumored to continue to use their 20.7 megapixel Sony Exmor RS sensor in the new Sony Xperia Z3, the front camera is expected to get an update over the Z2, possibly to a 5 megapixel camera.

The handset is rumored to launch at IFA 2014 in Berlin in September, it is not clear if it will launch with Android 4.4 Kit Kat or the newer Android 5.0 L that was announced last week.

As yet there are no specifications on the Xperia Z3 Compact, Sony could also possibly launch this at IFA 2014 in September, as soon as we get some more information, we will let you guys know.