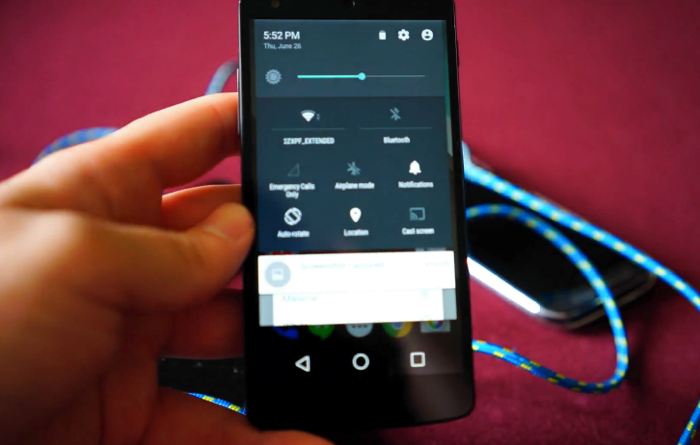 The latest version of Google’s mobile OS is now official, Android 5.0 L, and Google has now released a developer preview of this new smartphone and tablet software.

Yesterday we got to see some photos of Android 5.0 L, and now we have a video of the software running on a Google Nexus 5, from the guys over at Phandroid.

The video gives us a good look at some of the new features in the new version of Android, we get to see the new lockscreen, plus the notification drawer, the setting menu, the update dialer and more, it also shows off Google’s new Material design.

Android 5.0 L comers with a wide range of new features, Google has also released over 5,000 new APIs for their new mobile OS. One major new feature is improved security, Google has teamed up with Samsung, and many of the Samsung Knox security features have been integrated into the mobile OS, it certainly looks interesting from what we have seen so far.

Google have yet to give a date on when Android 5.0 L will be released, all we know is that it is coming later this year, as soon as we get some more information on an exact release date, we will let you guys know.