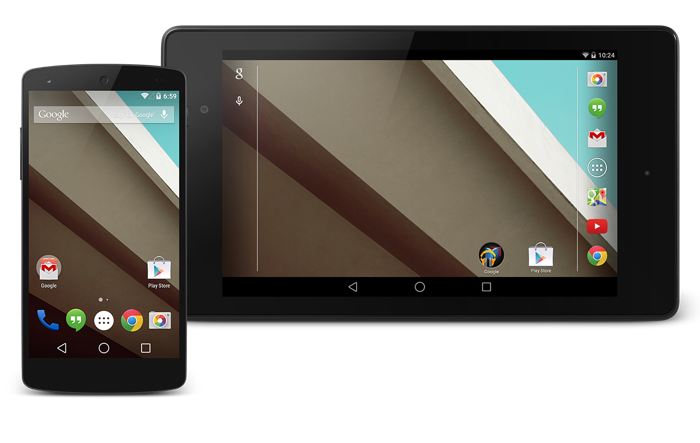 Yesterday Google announced the next major release of their mobile platform, Android 5.0 L, the company also released a Developer Preview of the new Android OS.

For the first time since we launched Android, we’re giving you early access to a development version of an upcoming release. The L Developer Preview, available starting tomorrow, lets you explore many of the new features and capabilities of the next version of Android, and offers everything you need to get started developing and testing on the new platform. This is important because the platform is evolving in a significant way — not only for mobile but also moving beyond phones and tablets.

The new Android 5.0 L runs on Google’s ART runtime, according to Google this will give performance boosts up to two times that of the previous release.

Google has also launched their new authentication system Android 5.0, which is designed to make your device more secure, there are also advanced notifications, and a range of new API tools, plus a new Battery Historian feature.

Android 5.0 L is probably one of Google’s largest releases of Android to date, it comes with over 5,000 new APIs, you can find out more information about the latest version of Android over at Google at the link below.