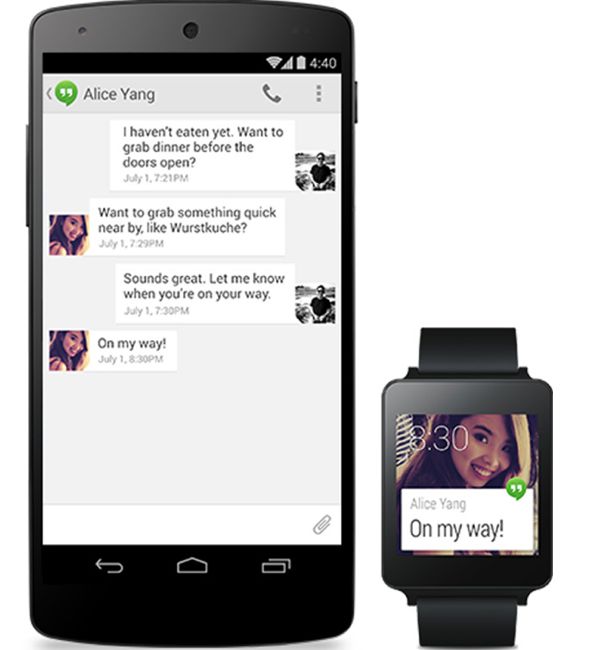 We have already seen various videos of a couple of Android Wear devices, which include the new Samsung Gear Live and the LG G Watch.

Now we have a new video from the guys over at Talk Android, that gives us a more in depth look at Android Wear, including many of the features of this new OS.

Google’s Android Wear OS comes with a wide range of features, which include the ability to respond to text messages and emails using voice commands. You can also ask Android Wear questions using OK Google, and it comes with fitness tracking built in.

These new Android Wear smart watches can be paired with your Android smartphone or tablet, the OS will work with devices running Android 4.3 and above. You can check to see if it is compatible with you device by going to g.co/wearcheck on your handset.

From what we have seen so far, Google’s new wearable OS looks interesting, the user experience is very similar on all devices, and this is something that Google intends to keep, as manufacturers will not be able to install bloatware on their devices.

The LG G Watch and the Samsung Gear Live look like interesting devices, although the smartwatch that we are really looking forward to seeing is the new Motorola Moto 360, this is expected to launch some time this summer.