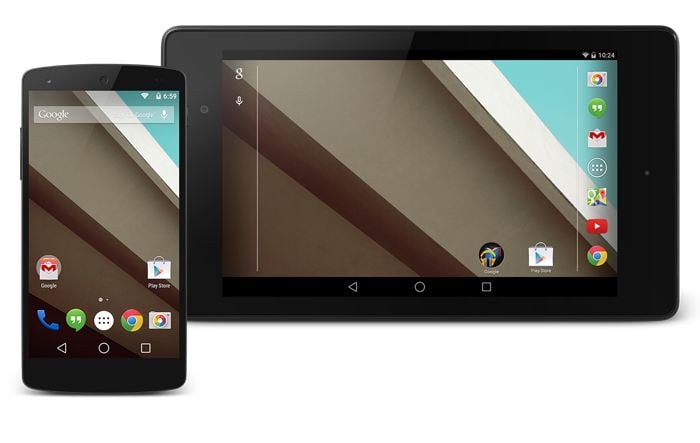 When Google announced Android 5.0 L at Google IO last week, the company also released a developer preview of Android L, although the software was only available for certain Nexus devices, which included the Nexus 5 and the 2013 Nexus 7 tablet.

Google has now released the Android 5.0 L developer preview for additional Nexus devices, and the list of new devices that are supported by Android 5.0L includes the Nexus 4 and the original Nexus 7.

You can see a full list of devices that the Android 5.0 L developer preview is available for below.

Android 5.0 L comes with a wide range of new features, this includes a newly designed user interface, and added security with Google’s new security features, which integrates a number of features from Samsung KNOX.

The software comes with over 5,000 new APIs, there is now a new quick settings menu, and a new way to switch between you recent notifications and much more.

As yet Google have yet to give a specific date on when Android 5.0 L will be released, as soon as we get some more information on when the first updates will be launching we will let you guys know.

You can find out more information about the Android 5.0 Developer Preview over at AOSP.