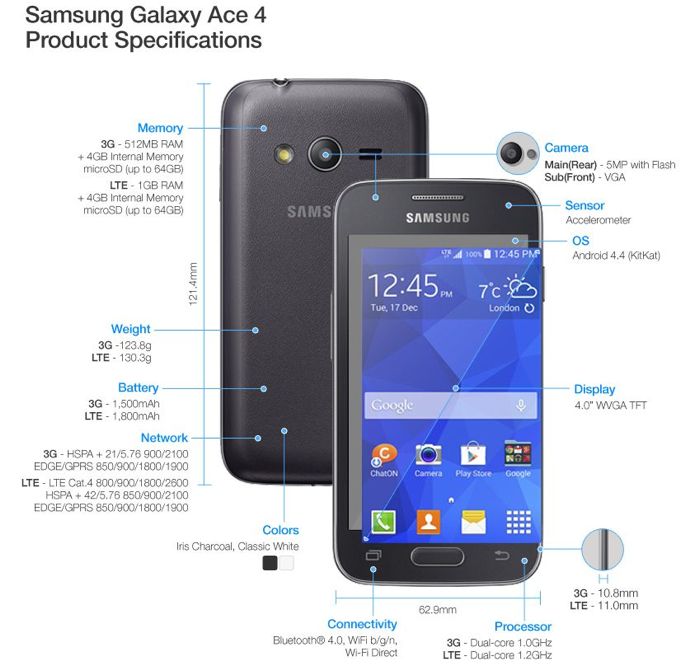 At the time of announcement there were now details on how much these Android devices would retail for, Samsung has now revealed their European pricing for the handsets.

Other specifications n the Samsung Galaxy Ace include 1GB of RAM on the 4G version, and 512MB on the 3G version, the handset also comes with 4GB of built in storage, plus a microSD card slot. There is also a VGA front camera and a5 megapixel rear camera.

The Samsung Galaxy Core 2 comes with a 4.5 inch WVGA display and it features a quad core 1.2GHz processor and 768MB of RAM, there is also 4GB of storage.

Other specifications on the Galaxy Core 2 include a VGA front camera and a 5 megapixel camera, the device also has a microSD card slot and dual SIM card slot. Both handsets will come with Android 4.4 KitKat.