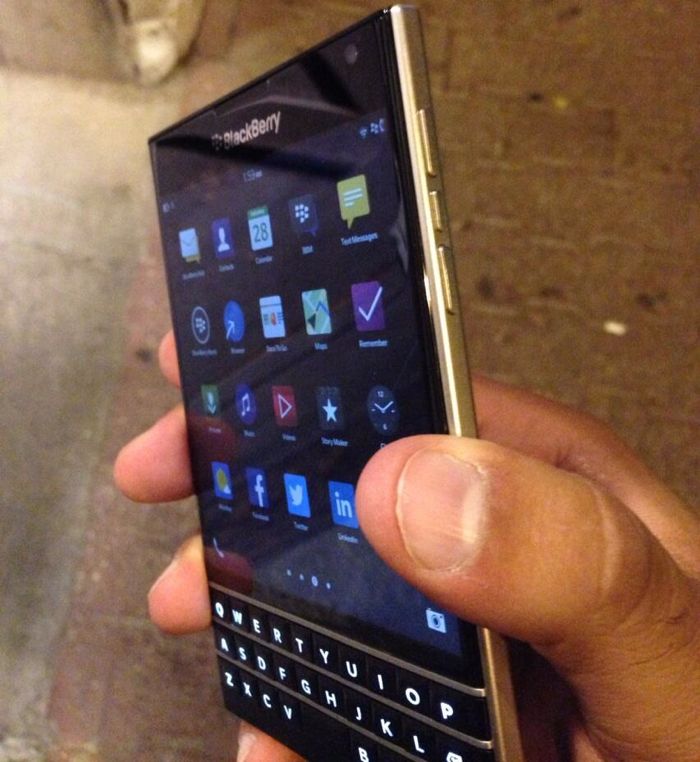 Yesterday we saw a bunch of photos of the new BlackBerry Passport smartphone, and now we have even more photos of this new device.

The photos were posted on Twitter by @halobandit, and they show the new BlackBerry Passport pictured next to an iPhone and also the Samsung Galaxy S3. 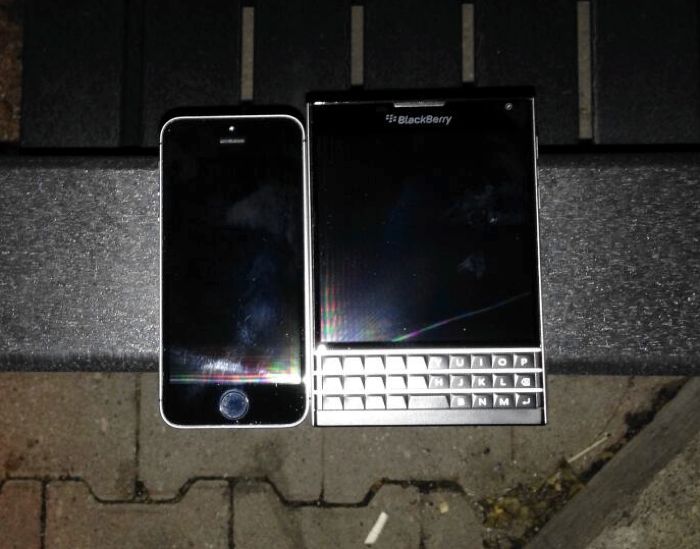 As you can see from the photos, this new Blackberry device looks massive next to the iPhone, the handset comes with a square 4.5 inch display that has a resolution of 1440 x 1440 pixels. There is also a three row QWERTY keyboard situated under the large display. 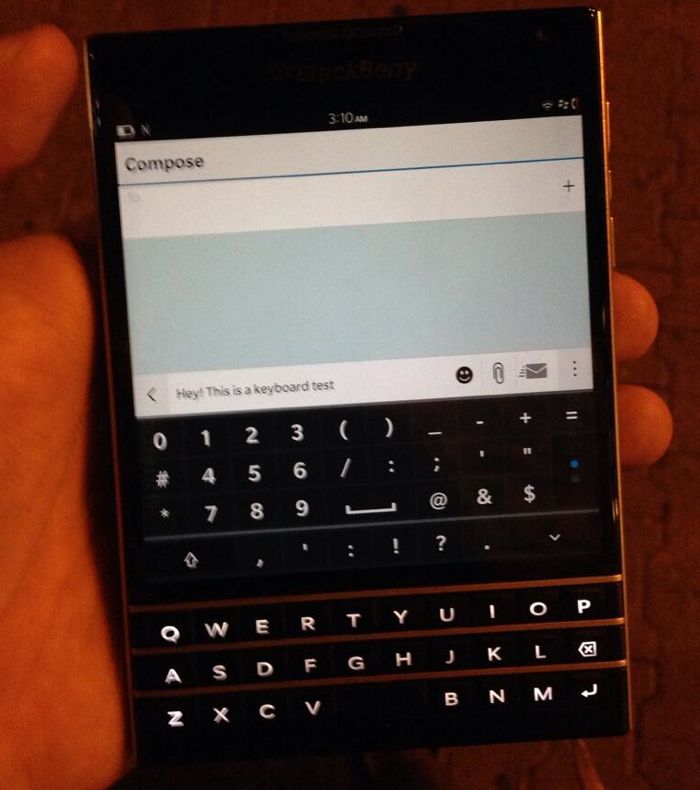 The handset is rumored to be powered by a quad core 2.5GHz Qualcomm Snapdragon 801 processor, plus 3GB of RAM and 32GB of built in storage, this can be expanded by a microSD card slot. 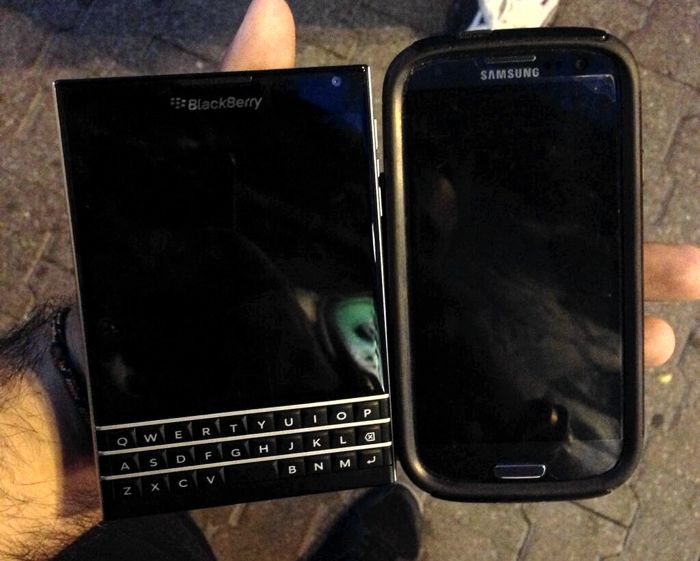 Other specifications on the BlackBerry passport include a 3 megapixel front facing camera, there is also a rear camera, although there are no details on that camera as yet. 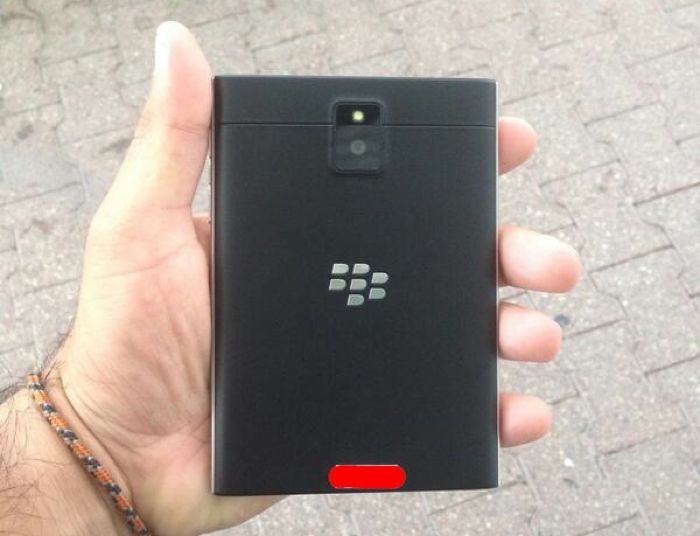 The new Passport will also come with a 3,450 mAh battery, and it will come with BlackBerry 10.3, this version of their mobile OS will bring Android app from the Amazon Appstore to BlackBerry handsets. 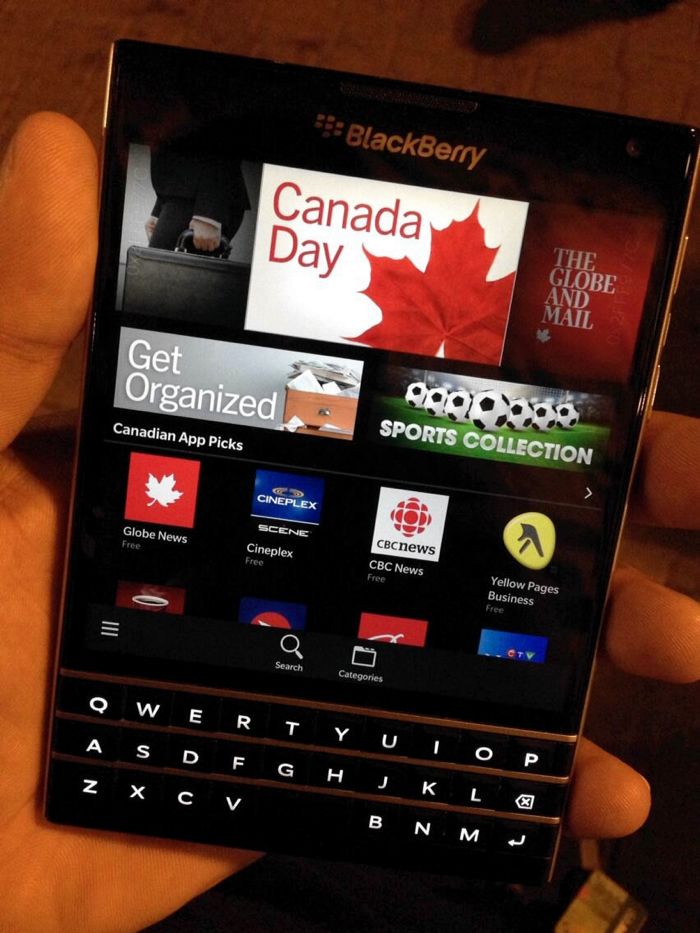 As yet there are no details on when the new BlackBerry Passport will launch, as soon as we get some more information, including some details on pricing, we will let you guys know.