Shane has been a full time geek writing for his supper for six years. He has written for some of the coolest tech sites online and had reviews printed in the print versions of Laptop Magazine and Computer Shopper. You can follow him on Google+. 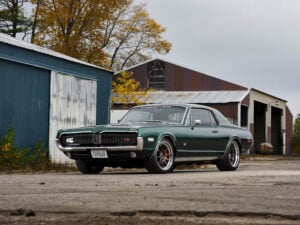 It's always cool to see a classic piece of American muscle get updated with modern components and power while maintaining its classic looks. Ringbrothers has unveiled a resto-mod 1968 Mercury Cougar that features the Ford Coyote 5.0-liter V-8 from a modern Mustang under the hood. The V-8 engine is paired with a 10-speed paddle-shift automatic transmission taken from the F-150 … END_OF_DOCUMENT_TOKEN_TO_BE_REPLACED

For years Jeep Wrangler fans have been clamoring for the automaker to put a V-8 under the hood from the factory. That has happened with the 2021 Jeep Wrangler Rubicon 392 packing a 392 cubic-inch V-8 making 470 horsepower. The official pricing for the 392 is out, and it's extremely expensive. The starting price for the Rubicon 392 is $74,995. That's a premium of almost … END_OF_DOCUMENT_TOKEN_TO_BE_REPLACED 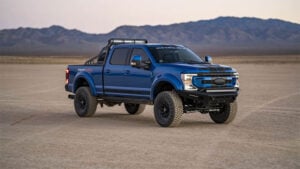 Shelby may have made its name with Cobra cars in the 60s and Mustangs in modern times, but it also turns out some very cool trucks. The Shelby F-250 Super Baja is based on the Ford F-250 Super Duty pickup. The truck is aimed directly at someone who wants to be able to run high speeds in the desert while towing lots of gear along for the ride. The Super Duty can tow up to … END_OF_DOCUMENT_TOKEN_TO_BE_REPLACED 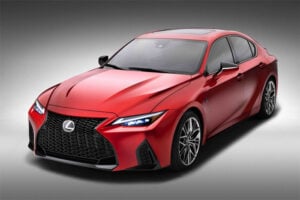 Lexus has officially debuted the 2022 IS 500 F Sport, and the biggest feature for the sedan is that it packs a 5.0-liter V-8 engine under the hood. The V-8 makes 472 horsepower and 395 pound-foot of torque. The car also features a raised front hood, dark chrome window trim, and a quad exhaust system. Lexus fits the sexy vehicle with exclusive 19-inch Enkei wheels and unique … END_OF_DOCUMENT_TOKEN_TO_BE_REPLACED 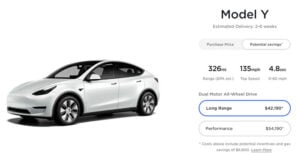 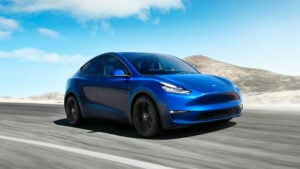 Many consumers are waiting for the price point of electric vehicles to come down a bit more before they jump on the bandwagon. Currently, the most popular electric vehicles on the market come from Tesla. Tesla has cut the price of entry-level versions of the Model 3 sedan and Model Y SUV. While prices have gotten cheaper on the low-end, prices on the high-end of both model … END_OF_DOCUMENT_TOKEN_TO_BE_REPLACED 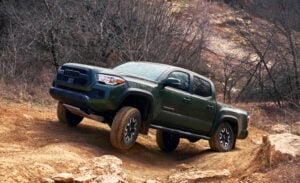 It doesn't matter what brand of truck people buy. One of the first things many owners do is lift the trucks higher off the ground. Lifting a truck helps improve ground clearance and allows for installing larger tires, making the truck function better off-road. Toyota has announced an official TRD Lift Kit for most V6 4x4 Tacoma pickups. The lift kit provides a two-inch front … END_OF_DOCUMENT_TOKEN_TO_BE_REPLACED 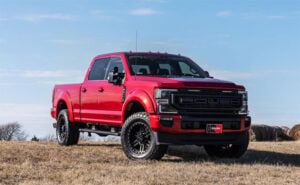 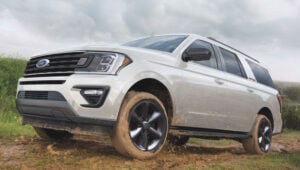 Ford has announced that it has a new option package for the Expedition XL full-size SUV. buyers can now opt for the 2021 Expedition XL STX Package, which adds features and brings an attractive price for SUV shoppers. While full-size SUVs typically seat seven or more, the expedition STX seats five with lots of cargo capacity. STX buyers get an eight-way power driver's seat … END_OF_DOCUMENT_TOKEN_TO_BE_REPLACED 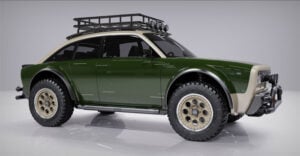 Alpha Motors has revealed another version of its electric vehicle called the Jax. The vehicle looks like a classic Japanese coup on the outside, but it's a modern electric vehicle underneath. Jax has a range of over 250 miles and can be purchased in dual-motor four-wheel-drive configuration or single motor front-wheel-drive configuration. Alpha says the vehicle can reach 60 … END_OF_DOCUMENT_TOKEN_TO_BE_REPLACED 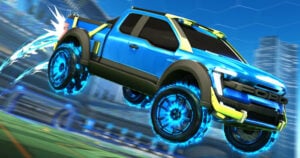 Ford has announced that it is teamed up with Psyonix, the maker behind the popular videogame called Rocket League. The videogame sees vehicles playing in multiplayer soccer matches where the vehicles have to knock the ball into the goal. Ford says that the F-150 Rocket League Edition will be available as an in-game purchase between February 20 and 28th. The F-150 bundle … END_OF_DOCUMENT_TOKEN_TO_BE_REPLACED 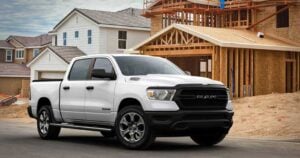 You expect certain things when you buy a pickup truck, such as towing capacity, the ability to carry lots of stuff in the bed, and low fuel economy. The latter expectation is changing with Ram unveiling the 2021 Ram 1500 HFE EcoDiesel. Ram's pickup is more fuel-efficient than many smaller SUVs. The automaker says its Tradesman HFE EcoDiesel delivers 23 MPG in the city, 33 … END_OF_DOCUMENT_TOKEN_TO_BE_REPLACED