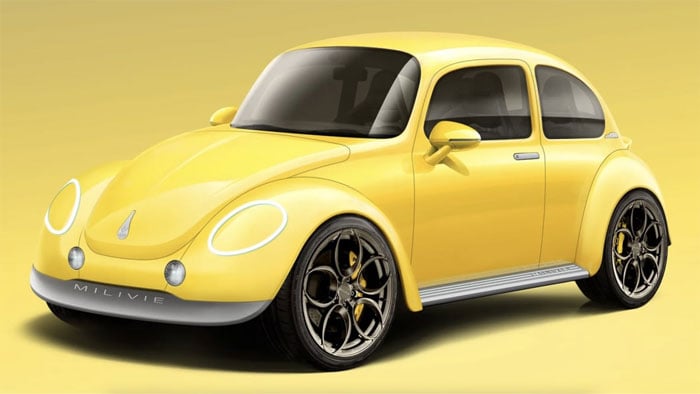 The original Volkswagen Beetle is one of the most iconic cars ever produced. They are also highly customizable, with all sorts of custom versions of the cars running around. A company called Milivie is making a restomod version of the iconic Beetle that is insanely expensive.

The 22 versions they’re producing cost about $600,000 apiece. They settled only number 22 for the build quantity because that represents one for every million Beetle cars sold. The vehicles start with a solid donor car, but it’s highly modified, with every panel being changed.

The engine is a 2.3-liter flat-four based on the original Beetle block. It does get upgrades with a pair of Weber carburetors and electronic ignition. Other modifications are performed to keep the engine cool and well oiled. It’s unclear how much power the engine makes, but it is paired with a four-speed automatic from a 911 Carrera. Milivie also gives the car a completely new suspension.