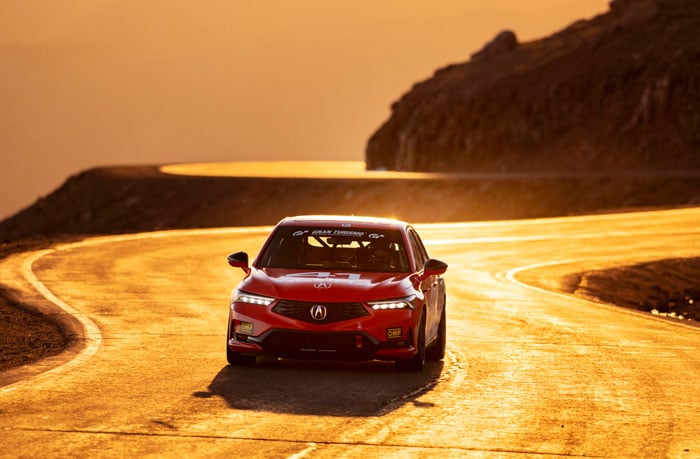 Acura recently confirmed the anticipated Integra will make its motorsport debut at the Pikes Peak International Hill Climb. 2022 marks the 100th running of the iconic hill climb, also called the “Race to the Clouds.” Acura’s race up the hill is timed perfectly to coincide with the arrival of the Integra at Acura dealers around the country this month.

The car will make its motorsport debut on June 26. Alongside the Integra will be four other production-based race cars from Acura. Two of those cars are NSX Type Supercars that were prepared and will be driven by a team of volunteer engineers.

Paul Hubers will drive the Integra. It has been race prepared and is painted in a red, gray, and white livery meant to pay homage to the first Acura racecar. 2022 marks the 12th year that Acura has participated in the hill climb.