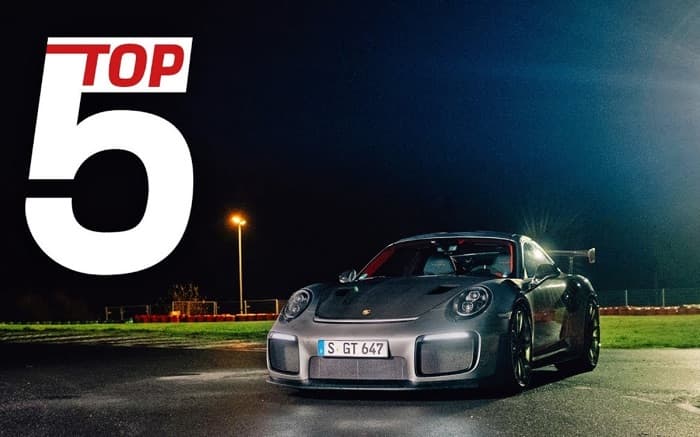 Porsche is continuing its Porsche Top 5 series on YouTube and the supercar maker has released its latest video which focuses on the Porsche 911 GT2 RS.

We previously saw videos of the best air cooled Porsche, the lightest Porsche models and the most iconic motorsport Porsche and the Porsche 918 Spyder. The latest video shows some of the features of the 911 GT2 RS.

The 911 GT2 RS is Porsche’s fastest 911 to date, the car has already smashed the Nürburgring World Record. It managed to take the world record with a time of 6 minutes and 47.3 seconds. The record was previously held by the Lamborghini Huracan Performante.

It is really interesting to see how Porsche tweaked their 911 to create the 911 GT2 RS and also create a car that was capable of smashing theNürburgring World Record.