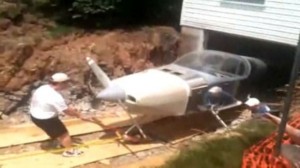 After nine years of top secret toil, Dan Reeves pulled out his homemade airplane from its lair for a test flight. The problem: he had to modify his house so it could be pulled out and readied. Keeping faithful to a straightforward turbo-prop design, Dan dug out a ramp form his basement for the fateful maiden voyage on his airborne ride. If there are more people like Dan (and we … END_OF_DOCUMENT_TOKEN_TO_BE_REPLACED 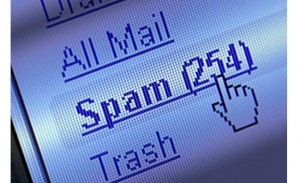 Take note, it's "curb" and not "stop." Doing the latter is next to impossible, unless a bunch of hackers suddenly disappear off the face of the Earth like that Russian guy a while back. The researchers form the University of Claifornia recently presented their findings after an exhaustive effort to find a way for 'pinching' spam at some choke point. Indeed, they've found it. … END_OF_DOCUMENT_TOKEN_TO_BE_REPLACED 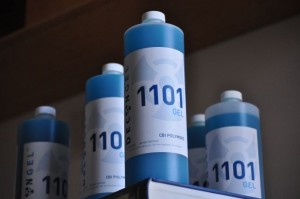 How come? Well, it can remove radiation particles on any hard surface. No surprise that it's being heavily used in Japan right now as clean up crews work overtime to curtail the dangerous radiation spread by the Fukushima  plant disaster. … END_OF_DOCUMENT_TOKEN_TO_BE_REPLACED 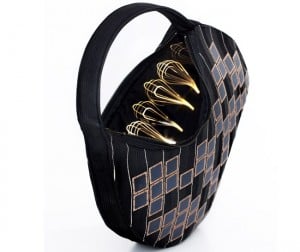 Design firm DIFFUS recently had one of those rare eureka moments that inspired their latest creation. Pictured below is their solar powered handbag, embroidered with a hundred small panels that emit enough energy to charge a smartphone. That's not all its features though. … END_OF_DOCUMENT_TOKEN_TO_BE_REPLACED 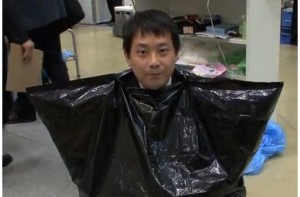 Like a wise man (not the guy in the picture)  once said: When you gotta go, you gotta go. This rather non-brainy invention is an insta-toilet for those unfortunate occasions when instant relief cannot spare a trip to the john. So what to do? Pull this bag out of its container (it's small enough for a pants pocket) and step inside. Don't worry about the smell; you can put … END_OF_DOCUMENT_TOKEN_TO_BE_REPLACED 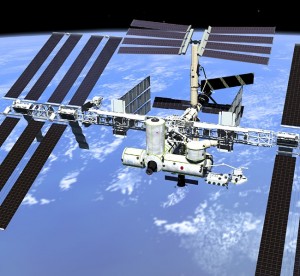 Huh? We mean the International Space Station (ISS). It's finished, baby! Happened yesterday. Thanks to the much-delayed Endeavour flight, two astronauts were able to log a spacewalk for the installation of a boom. Once it was attached with the help of a robotic arm, the ISS was officially completed—though upgrades are scheduled in the coming years and future missions. … END_OF_DOCUMENT_TOKEN_TO_BE_REPLACED 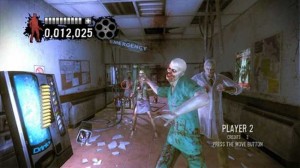 By all accounts, House of the Dead Overkill is a pretty spectacular Wii rail shooter, so it's with a glad heart we bring you news of its impending PS3 makeover. Well, by makeover we mean addition of 3D and Move support, as well as "two brand-new scenarios." But look on the bright side, while most PS3 games look crappy in 3D due to their downscaled textures and models, House of … END_OF_DOCUMENT_TOKEN_TO_BE_REPLACED

Sony Network Entertainment president Tim Schaff will be making an appearance in front of a government subcommittee to explain exactly how fast the guys who haxxored the bejeezus out of the PSN were typing and if it was faster than the guys in "Hackers" the movie. He's expected to respond along the lines of "So fast, you guys, seriously." while making furious typing motions with … END_OF_DOCUMENT_TOKEN_TO_BE_REPLACED

Not that you're missing much from what we gather about the latest D&D interactive entertainment experience, but if you're a PS3 owner and were really looking forward to someone actually sticking to a date when it comes to the PSN outage, we're sorry to disappoint, Daggerdale will not be making the promised May 31 date. … END_OF_DOCUMENT_TOKEN_TO_BE_REPLACED 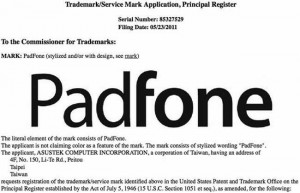 Asus's bold hardware experiments were responsible for the creation of the netbook market category, it's only fitting that they create the harbinger of its demise. Or a lame duck that tries to do too much and ends up not doing anything right, time will tell. For now, all we know is that Asus has applied for US and European trademarks on the name Padfone, which is nothing if … END_OF_DOCUMENT_TOKEN_TO_BE_REPLACED 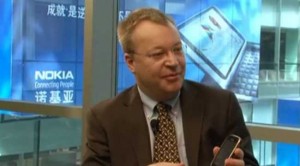 Though having played coy when asked about the inevitable planned phase-out of Symbian until now, Nokia's CEO has finally come out with an answer as to the expected year of the veteran mobile OS's demise. 2016 is when Nokia will stop releasing Symbian updates, suggesting Symbian phone releases should keep going strong for at least three more years. We confess to a certain amount … END_OF_DOCUMENT_TOKEN_TO_BE_REPLACED

There are ton of cases on the market for the iPhone that have a battery inside to extend the run time of the devices. There aren't nearly as many battery cases for the Android smartphones on the market and PowerSkin has added a new one for the Motorola Droid X and X2. The case has a nice and compact design. … END_OF_DOCUMENT_TOKEN_TO_BE_REPLACED