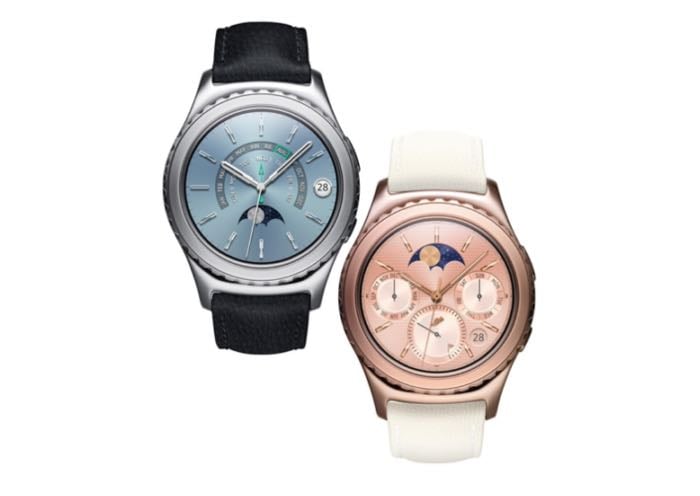 Earlier this week, Samsung released the Rose Gold and Platinum Gear S2 in the United States. The new options went on sale at Amazon and the company’s own online store.

Now, it seems the new Gear S2 Rose Gold and Platinum is up for pre-orders in the United Kingdom. An online retailer MobileFun has started taking pre-orders of the newly edition of the smartwatch, carrying a £399.99 price tag.

In case you missed, the new Rose Gold and Platinum Gear S2 were unveiled earlier this month at the Consumers Electronics Show 2016. There aren’t any changes in the internals, except that one of them comes with 18K gold and the other in Platinum.

The specifications remains the same for both smartwatch, there’s a 1.2-inch display with a resolution of 320 by 320 pixels as well as a 1.2GHz dual-core processor paired with 512MB of RAM and 4GB of internal storage. The smartwatch comes with a 250 mAh battery on board, and runs Tizen as its operating system.

Apart from the color scheme, it’s the same smartwatch which was launched a few months back. Anyone interested in picking up any of the new color options.