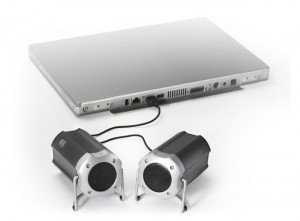 Altec Lansing has announced that there new Orbit Stereo USB are now shipping and are available to purchase in stores for around $50. Even though the speakers do look a little bulky for travelling they only weigh 12.8 ounces and snap together to create a one piece tube shape for easy storage. The two speakers are connected via an audio cable and are then connected to your … END_OF_DOCUMENT_TOKEN_TO_BE_REPLACED 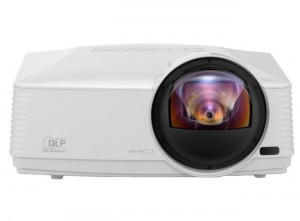 If you are looking to setup a home entertainment system in a small room. You might be pleased to know that Mitsubishi has today unveiled a couple of new ultra-short throw projectors its now added to its projector range in the form of the WD380U-EST and XD380U-EST. Both projectors feature USBA+ B inputs for computer-free presentations, LAN display, a built-in 10-watt speaker, … END_OF_DOCUMENT_TOKEN_TO_BE_REPLACED 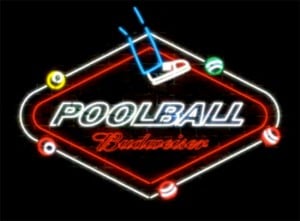 Budweiser has developed a new sport called Poolball which combines both pool and football together on a 7 meter table. The rules are the same as for pool but you use your feet to kick the cue ball to pocket other balls and the cue ball is allowed to jump by the look of the promo video. You can view the promotional video released by Budweiser to explain the rules and how they … END_OF_DOCUMENT_TOKEN_TO_BE_REPLACED 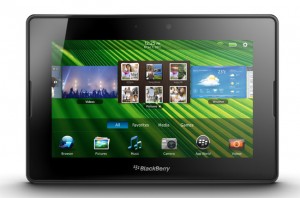 Adobe's CEO Shantanu Narayen has today confirmed that Adobe will indeed be bringing new "creative applications" to Blackberry's Playbook tablet device. The announcement was made by Adobe at the BlackBerry World 2011 conference and the new applications will bring a much needed boost to the apps that are currently available for the Blackberry Playbook. No details were however … END_OF_DOCUMENT_TOKEN_TO_BE_REPLACED 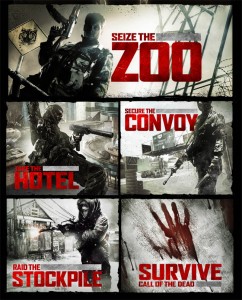 The highly anticipated Escalation DLC for the Call Of Duty : Black Ops game has now arrived and is available on the Xbox 360 for 1200 Microsoft Points or $15, which ever is easier for you. You can now join a star studded cast in the new zombie level "Call of the Dead" which stars George Romero the famous horror director himself. Together with Sarah Michelle Gellar (Buffy), … END_OF_DOCUMENT_TOKEN_TO_BE_REPLACED 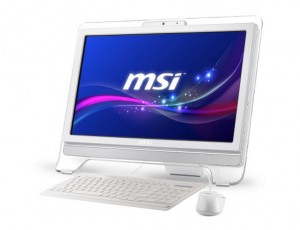 MSi have unveiled a new touchscreen all-in-one Wind Top AE2070 desktop computer which will shortly be added to their range. No information on pricing or availability has been released as yet by MSi. But what we do know however is that it will be powered by a 3.1GHz Core i3 processor and NVIDIA GeForce GT540M graphics and will be equipped with MSi's "Wind Touch 4" user interface … END_OF_DOCUMENT_TOKEN_TO_BE_REPLACED 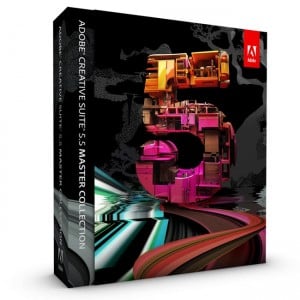 Adobe's latest suite of graphics, video and web development tools Creative Suite 5.5 has gone on sale today, and includes updated functionality for creating HTML 5 and Flash apps. Adobe is promoting its new Creative Suite 5.5 as being of particular use for developing mobile applications for Android, Blackberry Tablet OS and Apple's IOS, even though Apple still continues not … END_OF_DOCUMENT_TOKEN_TO_BE_REPLACED 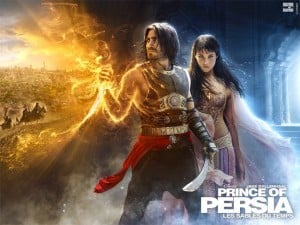 Ubisoft has today announced the formation of a new motion picture division within its business, strangely called, Ubisoft Motion Pictures. The new movie division is tasked with transforming Ubisoft's video game franchises into film and television adaptations. Last year Ubisoft's Prince of Persia was released as the movie Prince of Persia: The Sands of Time movie, staring … END_OF_DOCUMENT_TOKEN_TO_BE_REPLACED 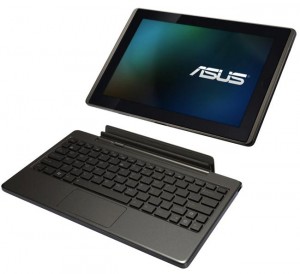 Asus only launched its new Pad Transformer on April 26th but its already in short supply. However the shortages are due to production limitations rather then sales. With Asus announcing that due to supply chain problems they are currently only able to produce 10,000 units a month, of their new Eee Pad Transformer. A far cry from the expected 300,000 monthly sales when the … END_OF_DOCUMENT_TOKEN_TO_BE_REPLACED 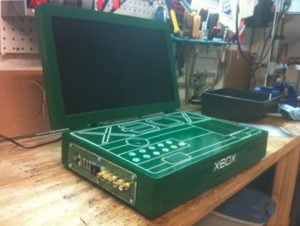 We have featured a number of Xbox 360 laptops here on Geeky Gadgets but if you are looking for a fully self contained custom built one, EdsJunk Xbox 360 laptop is definitely worth a look. Ed's Xbox 360 laptop is equipped with a 17″ 720p HD screen, and has it own built-in power brick together with internal amplified speakers, 4 x USB ports, Ethernet, built in Wi-fi and a … END_OF_DOCUMENT_TOKEN_TO_BE_REPLACED 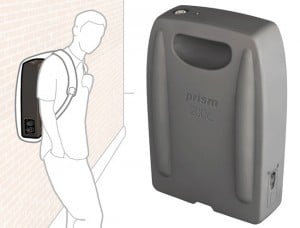 If you are looking to do a little surveillance and need a sneaky way of looking through brick, block, wooden, or concrete walls, then the Prism 2ooc backpack radar might come in as a handy addition to your equipment. The portable Prism 200c radar device has been developed by Cambridge Consultants for use by law enforcement and the military departments and developed for … END_OF_DOCUMENT_TOKEN_TO_BE_REPLACED 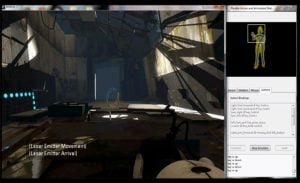 If you are a Portal 2 fan but a little bored of playing the game using a traditional controller or keyboard and mouse, you might be interested in this Kinect hack that allows you to control your Portal 2 character using gestures instead. The Portal 2 Kinect hack was created by Brad Cooley and uses FAAST for the key bindings. Watch a video of Portal 2 being played via gesture … END_OF_DOCUMENT_TOKEN_TO_BE_REPLACED