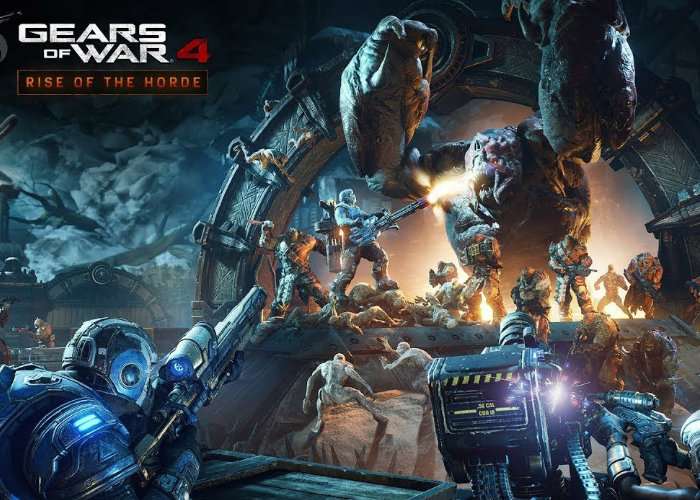 Tomorrow the new and highly anticipated Gears of War 4 Rise Of The Horde DLC will be available for both Xbox One console and Windows 10 PC systems and will be free for all to download and enjoy.

To whet your appetite ahead of the contents launch a new Gears of War 4 trailer has been released for Rise Of The Horde providing a glimpse at what you can expect from the gameplay, new skill sets and content.

Prepare for the biggest ever update in the history of Gears of War 4 – and all for free – with the Rise of the Horde arriving on June 6th 2017 Horde is getting a massive shakeup with the arrival of Rise of the Horde, with 15 brand new Horde Skills (3 per Class) to collect, Level 6 skills, Loot Drops, tuning changes and new difficulty levels!

In Campaign, Inconceivable takes a more Survival based twist, giving you less health than Insane difficulty but also less health to your enemies. That’s because surviving on Inconceivable is all about effectiveness – weapons and crates drop significantly less ammunition, so you’ll have to make every shot count with whatever pickups you can find on the battlefield.