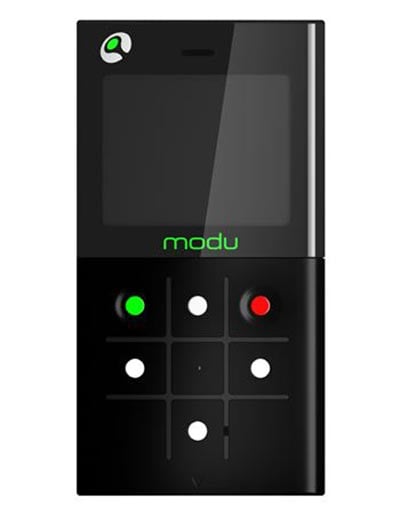 Modu, a modular phone from Modu Mobile has made it into the Guinness Book of Records as the World's lightest phone, weighing just 40.1g and measuring 72mm x 37mm x 7.8mm, making it one of the smallest mobile phones available at the moment. It has a built in speaker, Bluetooth, MP3 and 1GB of storage and is based on a module with interchangeable jackets that turn the tiny … END_OF_DOCUMENT_TOKEN_TO_BE_REPLACED 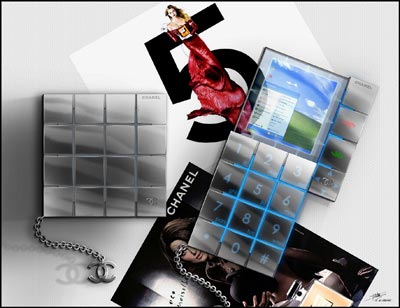 Update: 22nd Februay 2008. I have been contacted by the designer of this concept phone, Fred de Garilhe and have been asked to remove it from the site as he has received a commnication from the brand that he has included in his design asking him to remove all reference to it. Personally I think this is a little heavy handed by the company in question, the concept design … END_OF_DOCUMENT_TOKEN_TO_BE_REPLACED 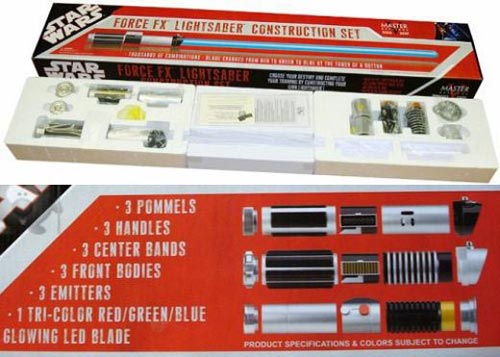 Check out this fun kit to build your own lightsaber with. The Force FX Lightsaber Construction Kit, comes with everything you need in a single box yo build your very own lightsaber. You get a tri-color LED blade, and three pommels, handles, center bands and emitters, all of different styles fashioned after lightsabers from the Star Wars movies. The best part? Depending on … END_OF_DOCUMENT_TOKEN_TO_BE_REPLACED 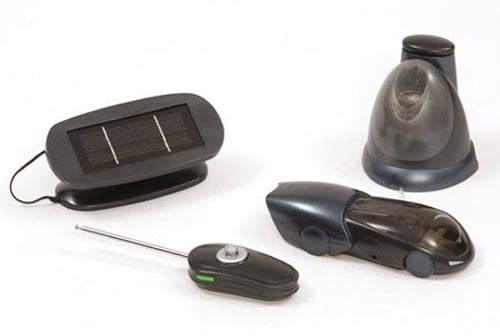 Toymaker Corgi, has launched the worlds first hydrogen powered remote controlled car. The H2GO is powered by a hydrogen fuel cell, which can be recharged using water and the refuelling station, which is solar powered. It takes just 4 minutes to charge up the fuelling station, which lasts an hour, and it can also be recharged by mains power. The remote controlled car … END_OF_DOCUMENT_TOKEN_TO_BE_REPLACED

If you are like me, you may have touble getting out of bed in the morning, then this may be the solution the Police Alarm Clock. Standing 6 inches high, the police alarm clock is shaped like a blue light on top of a cop car. When the alarm goes off, the siren will sound and the blue light will start to flash, and then you will here the message: "This is the police, … END_OF_DOCUMENT_TOKEN_TO_BE_REPLACED 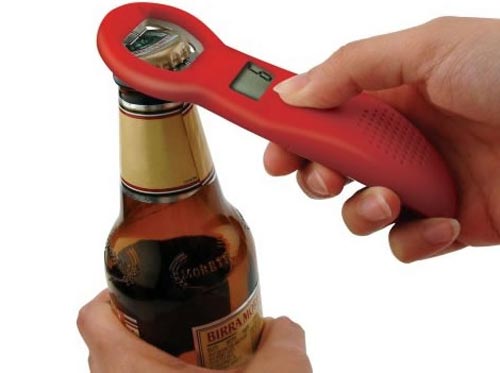 Can't remember how many beers you have had? then you may need one of these fun bottle openers. Sometimes it's hard to keep track off a night on the beers, especially when it comes to how much you've had to drink. Some of the lads are always keen to over inflate their boozing prowess, whilst the rest of us simply suffer a bit of blank. Let there never be contention … END_OF_DOCUMENT_TOKEN_TO_BE_REPLACED 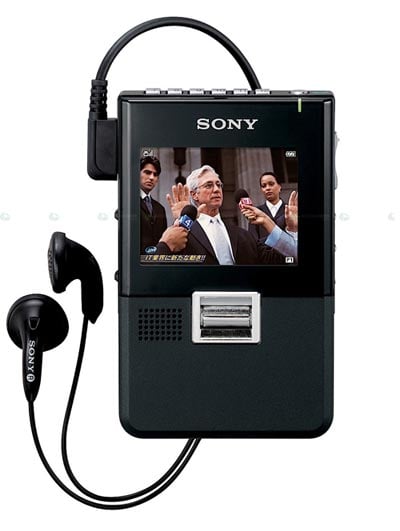 Sony has launched two new pocket Bravia TVs. First up is the XDV-G200 (pictured above),with a a 1Seg TV tuner and a FM/AM Radio tuner. Has a 2.0¢â‚¬ QVGA screened, it weighs just 87g and measures 58x92x14mm. Next up is the XDV-D500 (pictured above )with a 1Seg TV Tuner as well as a FM/AM radio Tuner, 2GB internal memory for recording programs, it has a 3 inch TFT screen … END_OF_DOCUMENT_TOKEN_TO_BE_REPLACED 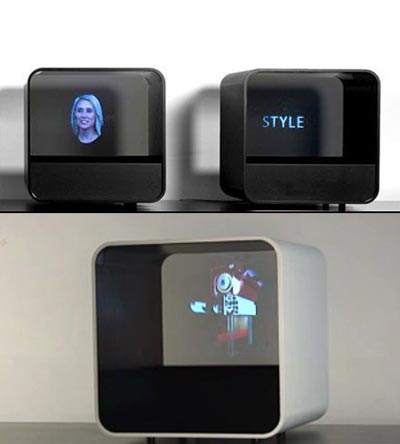 Check out the Holocube, which brings 3D to your desk, it certainly looks like a fun accessory for your office, or even you desk at home. The Holocube measures about 20 inches square and has a 40GB hard drive which can store up to 18 hours of video. Holocube is a fully integrated 3D projection platform that makes your product look like never before. It combines the most … END_OF_DOCUMENT_TOKEN_TO_BE_REPLACED 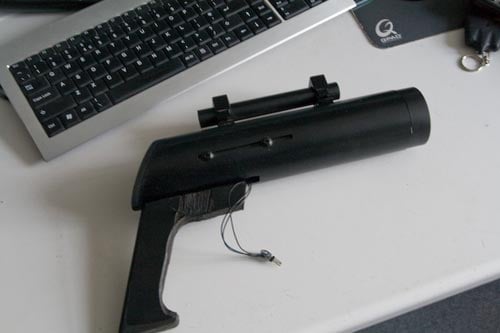 Check out this homemade TV-b-gone gun from  modder Ferry over at Hacked Gadgets Forum. I took 30 IR leds and wired them up, a SMD FET switches them on and off and is wired up with a pinheader connector to the tv-b-gone. Internally the FET is connected to the output pin of the controller, which is also connected to the transistror driving the normal IR led. Head on over … END_OF_DOCUMENT_TOKEN_TO_BE_REPLACED 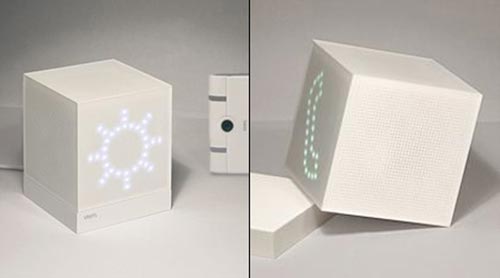 Check out this cool concept from designers Sohui Won, Seung-Hoon Kwak & Yeong-Kyu Yoo, the MCube. When you come home just place your mobile near the MCube. Using short range induction technology, your phone gets juiced up while all basic information like date/time, messages, and caller ID are transfered to the MCubes built-in display. Whats more, the touch controls on … END_OF_DOCUMENT_TOKEN_TO_BE_REPLACED 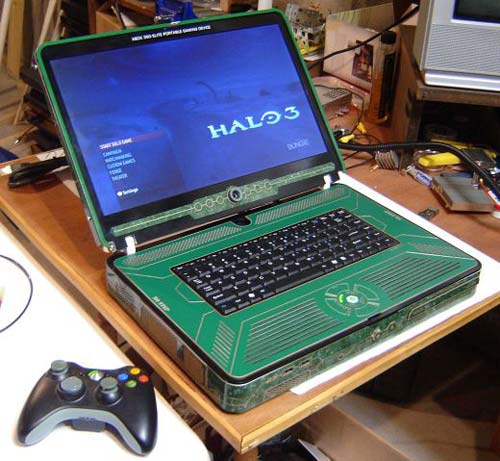 Check out this amazing Xbox Elite mod, from Ben Heck,  it comes with a cool design and some interesting features. This portable Xbox 360 Elite features a Halo 3 Theme, and is built from the internals of the Xbox Elite. There is a 120GB hard drive, the new 65nm CPU and a special DMI to DVI connection. It also features a built in Xbox Live camera and Wi-Fi, check out … END_OF_DOCUMENT_TOKEN_TO_BE_REPLACED