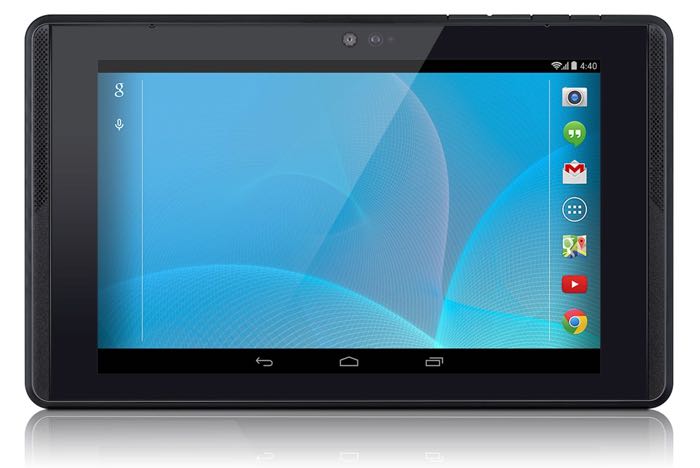 The last thing we heard about the Google Project Tango tablet was that the device would launch before the end of the year, and now this developer tablet has been listed in the Google Play Store, although it is not available to buy as yet.

The Project Tango tablet has been listed on the U.S. Google Play store, if you go to the UK store, the device is listed, but it says that ‘it is not available in your country’, which suggests that the launch of the device will be U.S. only.

The Google Project Tango tablet will come with a 7 inch full HD display that will have a resolution of 1920 x 1200 pixels, the device is powered by a 2.3GHz NVIDIA Tegra K1 processor.

Other specifications on the developer tablet include 4GB of RAM and 128GB of included storage, the device also comes with a 1 MP front facing, fixed focus with IR LED plus a 4 MP 2µm RGB-IR pixel sensor. 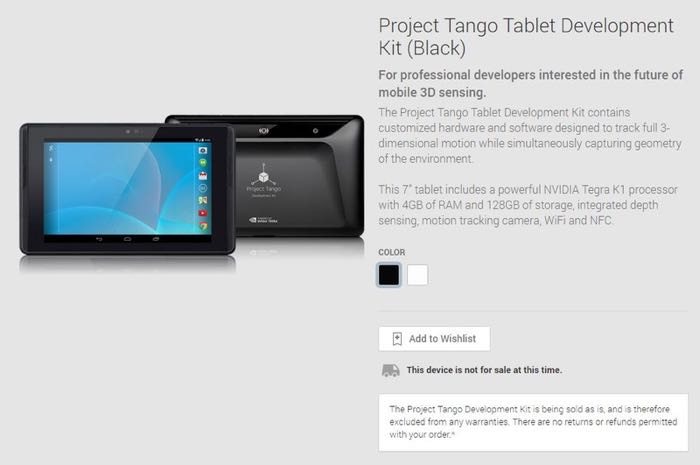 The Project Tango tablet features dual stereo speakers, plus dual band 802.11 a/b/g/n WiFi and NFC and it will come with Android 4.4.2 KitKat.

The device is designed to be used by developers, and Google clearly states that it does not come with a warranty, when it goes on sale it will retail for $1,024. we suspect that it will be made available soon, not that it is listed on the Google Play store.