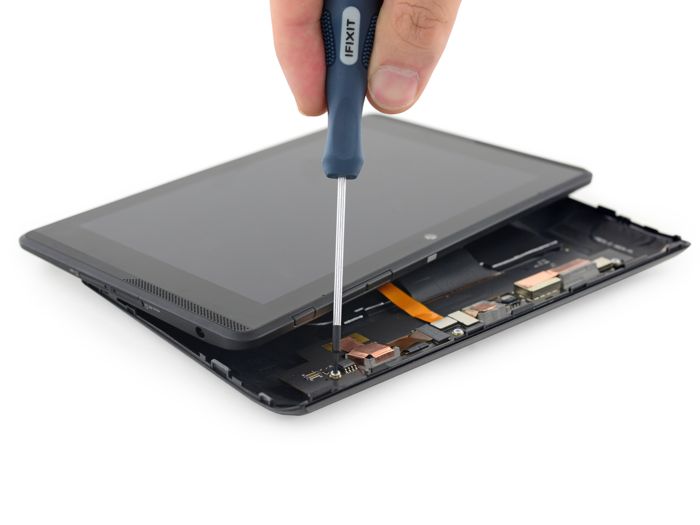 Google are expected to launch their Google Project Tango tablet later this year, and now the guys over at iFixit have managed to get their handset on this new tablet, and decided to take it apart to see what was inside.

The Google Project Tango tablet comes with a 7 inch full HD display with a resolution of 1920 x 1080 pixels, the device is powered by a NVIDIA Tegra K1 processor clocked at 2.3GHz and it also comes with 4GB of RAM.

They say it takes four to Tango, or something like that. In Google’s case, it takes two. Google’s Project Tango is in its second iteration, this time taking the form of a tablet. Join us as we unravel the new goodies that Google has packed into the Project Tango Tablet. 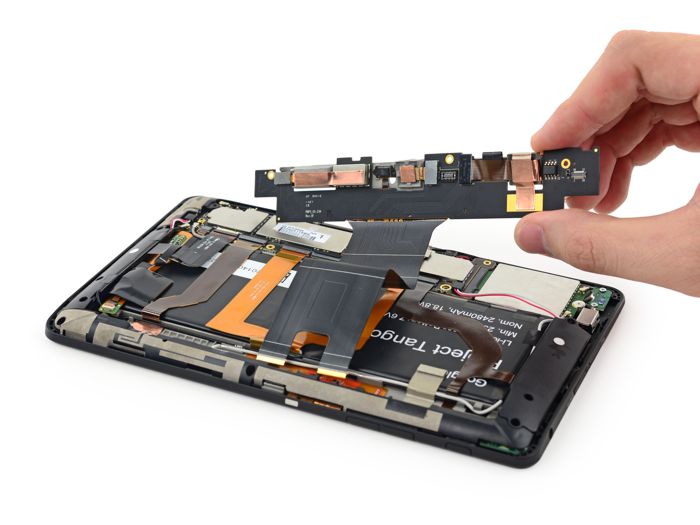 We did our fact checking with Google-the-man himself, so keep an eye out for some primary source, horse’s mouth reveals.

Other specifications on the Google Project Tango tablet include 128GB of built in storage, and a 120 degree front facing camera, plus a 4 megapixel RGB-IR rear-facing camera along with a 170 degree motion tracking camera. 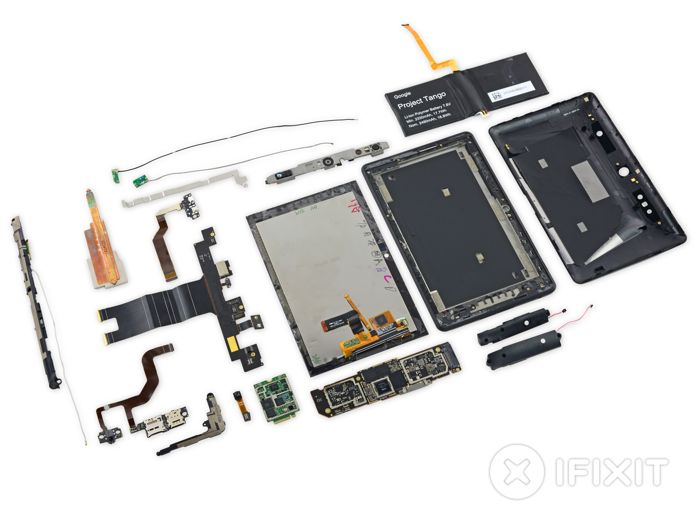 iFixit scores devices on their repair index from 1 to 10, 1 is the hardest device to repair and 10 is the easiest device to repair, and the Google Project Tango tablet managed to score 4 out of 10, which means the devices is more difficult to repair.

You can see more photos and also find out more details on what the iFixit guys found inside the Project Tango Tablet at the link below.