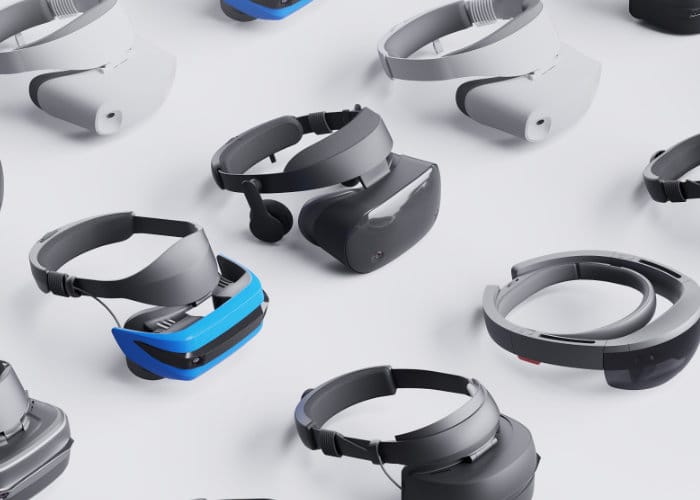 If you have been considering purchasing one of the new Windows Mixed Reality VR headsets launched last year from manufacturers such as Acer, Lenovo, Dell and HP. You may be interested to know that the range of Windows VR headsets have received considerable discounts this week, with prices being reduced by as much as 52 percent off the recommended retail price. Regularly priced at $400 the Acer Windows Mixed Reality Headset with controllers is now available to purchase from Amazon priced at $220 offering a 45 percent discount. While the Lenovo Explorer with controllers also previously priced at $400 is now available for $245 offering a 39 percent discount.

The Dell Visor with controllers has also been discounted by a massive 52 percent and is now available to purchase for just $220 from a previous recommended retail price of $450. Finally, the HP Windows Mixed Reality Headset also with controllers is now available for $240 down from an earlier high of $450 offering consumers a saving of 47 percent. Strangely the Samsung Odyssey mixed reality headset seems to have gone up in price and is now selling for $600 on Amazon up from its original $500 recommended retail price.

It’s not clear why the mixed reality headsets have received such huge discounts, but one reason could be due to the discounted prices of the higher specification Oculus Rift and HTC Vive virtual reality headsets, which are now available to purchase at much lower prices, currently running at $400 and $600 respectively. For full specifications and details on each offering jump over to online retailers such as Amazon for purchasing options and full delivery details. It’s not been revealed whether these are permanent price reductions or simply New Year sale prices.