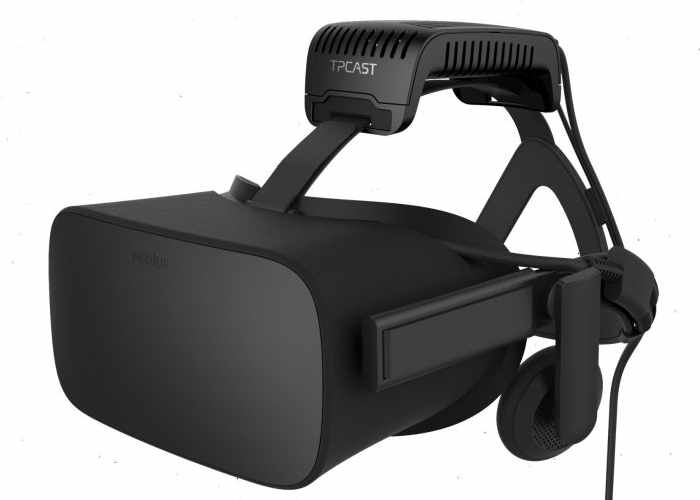 Oculus Rift virtual reality headset owners, patiently waiting to be able to go wirelessly and ditch the cable connection from their headset to their PC. Will be pleased to know that preorders for the Oculus Rift TPCast VR wireless adapter will start shipping out to consumers next week in North America and Europe. Providing the ability to enjoy genuinely wireless free movement while enjoying the wealth of virtual reality games and experiences now available.

The TPCast wireless adapter has been available for some time to use with the HTC Vive and provides an excellent connection even when engaged in even the most furious of virtual reality first-person shooter games. Previously the cable connecting your virtual reality headset to the PC would almost always get tangled or provide a little tug to remind you of your real-world wired connection. Once this is removed, virtual reality is even more immersive, and in my opinion, the purchase price of the TPCast is well worth the upgrade if you already own a HTC Vive

Specifications for the Oculus Rift TPCast Wireless Adapter include :