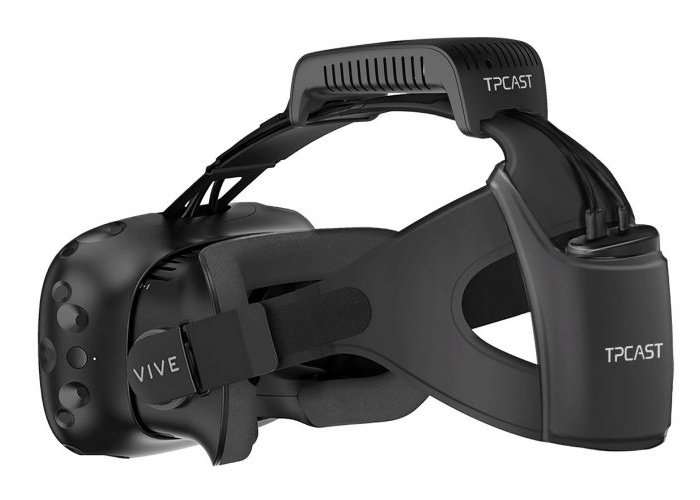 Early adopters of the virtual reality hardware created by HTC, may be interested know that the TPCAST wireless virtual reality adapter specifically created for the HTC Vive VR headset is now available to preorder price to $299 from online retailers such as Amazon, Newegg and the official TPCAST website. If everything goes to plan shipping should start later this month on November 24th, 2017 says TPCAST. Michael Liu, founder, and CEO of TPCAST explains more :

Following the pent-up demand in the North American market we’re excited to bring our revolutionary wireless technology to users. Gone are the days when VR users must settle for the tethered experience; North American users can now experience true freedom – the freedom to explore a beautiful scene, to turn 360 degrees, jump, and even flip without impediment. We believe this industry milestone changes the game for VR unleashing it into a wireless world.

TPCAST is currently working closely with HTC to identify skilled developers who can take advantage of the wireless adapter offering early access to the technology to key developers from a wide range of industries including Oil and Gas, Education, Medical, and Entertainment says todays announcement.

The TPCAST wireless adapter is a breakthrough in the field of VR, solving one of the most significant physical obstacles – the cumbersome wiring between the PC and the headset. The wireless adapter is a small device attached to the top of the Vive HMD replacing the cables connecting the PC video and USB to the headset. The adapter provides users an immersive VR experience including full-range motion capabilities without any impact on video quality and resolution. The adapter works perfectly with graphics intensive applications and with user extreme movement, without adding delay or affecting the experience quality. The Adapter includes a battery that powers the HMD, allowing up to 5 hours of operation.