We saw Samsung’s new 55 inch Super OLED TV back in January, and it was expected to go on sale in the second half of 2012, although now it would appear that it will launch in the UK a little earlier.

According to a recent report, Samsung will start selling their 55 inch OLED TV in the UK this spring, although no details have been revealed as yet on how much the device will actually cost. 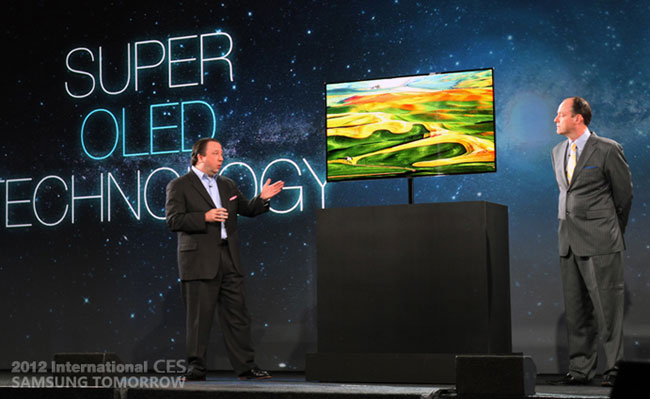 Samsung’s 55 inch Super OLED TV features a built in camera, along with Samsung’s Smart Hub, which brings a range of applications to this OLED TV, plus a web browser.

As soon as we get some more information on exactly when this new 55 inch OLED TV from Samsung will be available, along with some pricing we will let you guys know.