Samsung has launched what it calls the worlds largest commercialized OLED TV at this years CES, and it features a 55 inch Super OLED display, and offer support for both 2D and 3D content.

The Samsung 55inch Super OLED TV also comes with a built in camera, plus it features Samsung’s Smart Hub built in, which includes a range of apps through Samsung’s TV app store and a web browser. 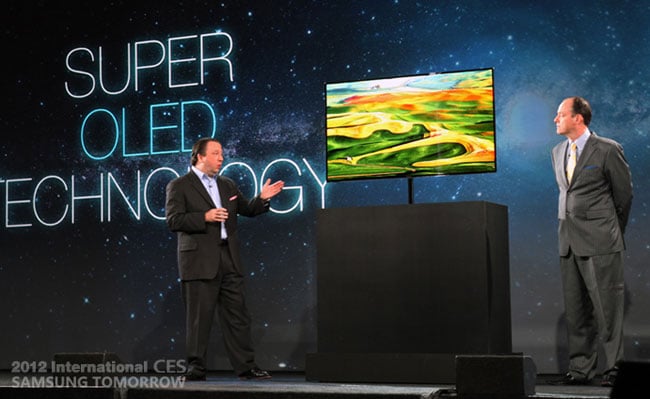 Super OLED technology eliminates the need for a color filter as the OLED pixel unit consists of RGB sub-pixels—each emitting its own light. The technology is also able to differentiate varying degrees of blacks and shadows, so that users can enjoy unparalleled detail even in the darkest of scenes.

Samsung has said that their new 55 inch Super OLED TV will be available worldwide later this year, there are no details on pricing as yet.