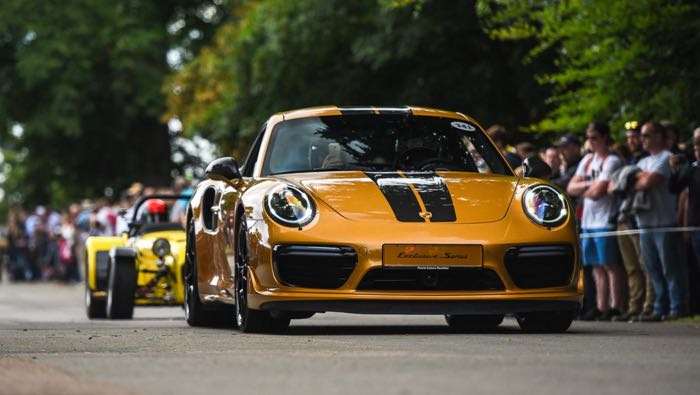 As well as the new Porsche 911 GT2 RS, Porsche also unveiled another car at the Goodwood Festival of Speed, the Porsche 911 Turbo S Exclusive Series.

The Porsche 911 Turbo S Exclusive Series was announced last month and this was its first official debut at Goodwood. 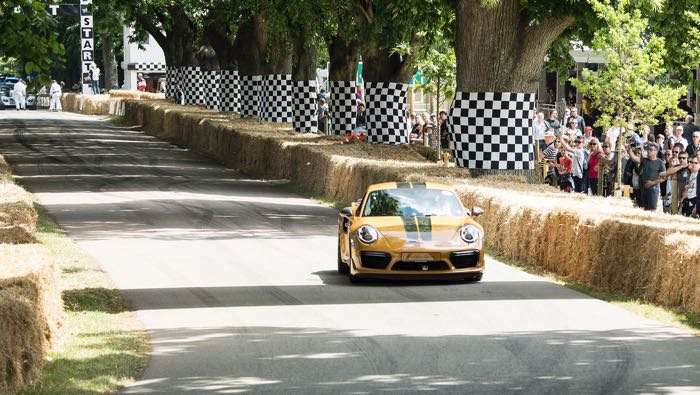 Porsche will unveil the 911 Turbo S Exclusive Series at Goodwood as a luxury counterpart to the 911 GT2 RS. The engine, design and equipment all bear the hallmarks of Porsche Exclusive Manufaktur. From a technical perspective, this limited-edition small series includes a power increase of 27 hp. Many of the body parts of the Golden Yellow Metallic Coupé are made of lightweight materials. The interior is particularly refined, with such features as two-layer leather covers, Alcantara roof lining in a Golden Yellow double-stripe look and Goldcoloured metal thread in the trim strips. The exclusive Turbo model is also available in five additional exterior colours on request.

You can find out more details about the Porsche 911 Turbo S Exclusive Series over at Porsche at the link below.