Olympus is set to launch some new cameras in its PEN range, one of those is the new Olympus PEN E-PM1 that we saw a photo  of recently, and now another one has appeared online which gives us a good look at the front of the camera.

The photo below shows the new Olympus E-PM1, and according to the guys over at 43 Rumors, it will feature the same new 12 megapixel sensor as the EP-3, which has apparently been developed in house by Olympus. 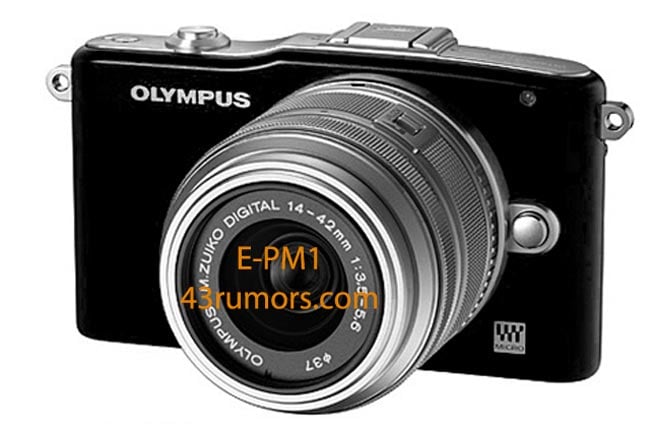 Unfortunately that is all we know so far, we will update you guys with the pricing and full specifications when Olympus officially announces its new models in their PEN range.