Olympus is scheduled to announced new new cameras in its PEN range later this month, but it seems one of the models which is expected to be announced, the Olympus Pen E-PM1 has been leaked.

The guys over a 43Rumors have managed to get their hands on a photo of the new Olympus Pen E-PM1 which you can see below, compared to the Olympus ZX-1. 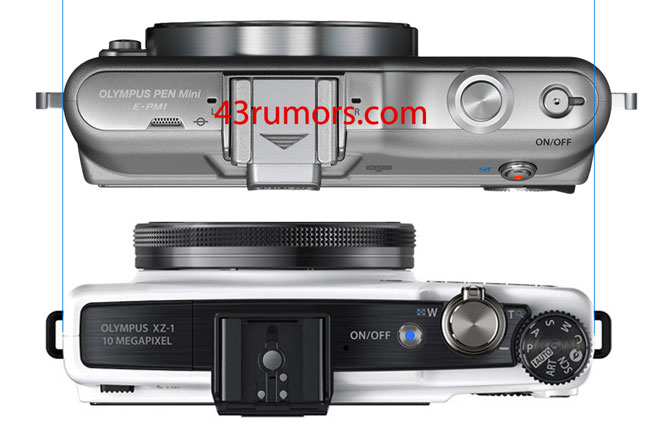 Unfortunately we don’t have any specifications as yet, as soon as we get some more information on the new Olympus Pen E-PM1 we will let you guys know.