We have already seen some iPhone 6 concepts which were based on some leaked schematics, and now we have some new ones which show what a 4.7 inch and  a 5.7 inch iPhone 6 may look like.

The latest iPhone 6 concepts were put together by the guys over at MacRumors and designers Ferry Passchier, have a look at the photos below. 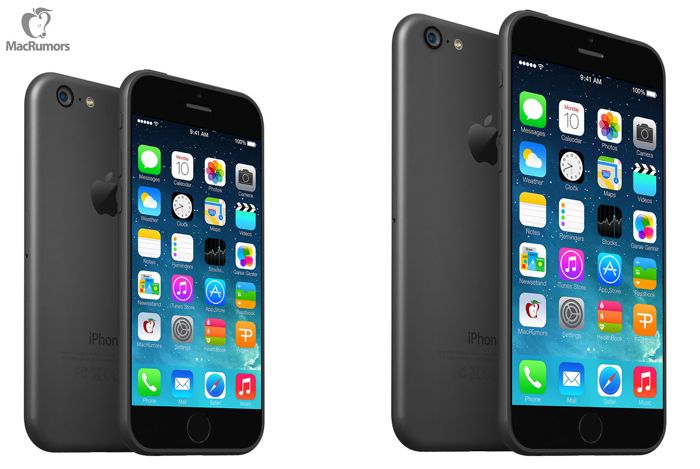 The photo below shows what the new larger iPhone 6 models would look like next to the iPhone 5S, which has a 4 inch display and also the iPad Mini which comes with a 7.9 inch display. 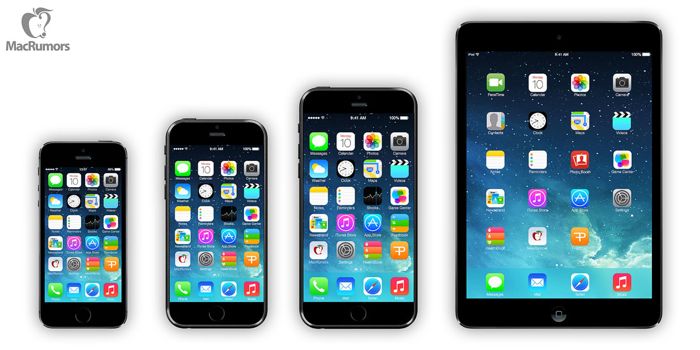 The next generation iPhone is said to launch in September, and we heard recently that the 4.7 inch iPhone 6 would be available at launch, and the 5.7 inch version would launch later in the year.

Apple are expected to debut their next generation 64-bit mobile processor in the iPhone 6, the Apple A8, it is rumored to come with a clock speed of 2.6GHz.

We also heard previously that the iPhone 6 would come with a sapphire glass display, this is also expected to be included in the Apple iWatch which is rumored to launch at the same time.

The new iPhone will come with the next major release of Apple’s mobile operating system, Apple iOS 8, which is expected to come with a range of fitness features for the Apple iWatch and also a range of other new features.

We are expecting Apple to make the iPhone 6 official some time in September and then it is rumored to either go on sale at the end of September of the start of October.