Last year we saw the iPad 2 being installed inside the dash of a Ford 150, and now the guys from SoundMan Car Audio are back with their latest in vehicle iPad install using the new iPad 3.

The video below shows the new iPad installed in a Ford F150, and it works with Ford’s Sync system, they are also using an iPhone and Siri along with the Ford system. 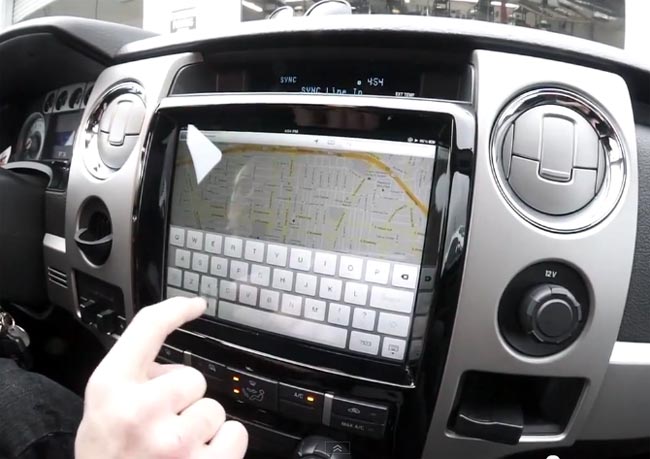 This years mod is a little different than their previous one with the iPad 2 which was removable, where as the new iPad 3 has actually been built into the dashboard.