Last year when the original iPad was launched, the guys over at Sound Man Car audio decided to install an iPad in the dash of a Toyota Tacoma truck, and now it looks like they have got their hands on the new iPad 2, and have decided to install it in a 2010 F150.

As you will see in the video below, they managed to get everything working on the iPad 2 inside the truck, including FaceTime, although it looks like it is hooked to WiFi in order to do this. 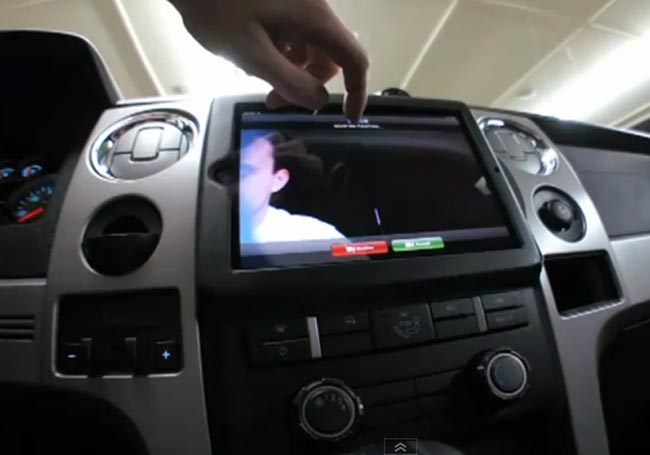 Today is launch day for the new iPad 2. Thanks to John Rahim’s patience during the long lines outside of the Santa Clarita BestBuy, Doug was able to grind away at the dash of his brand new Ford F150.

Head on over to Sound Man Car Audio for more details of how they installed an iPad 2 inside this 2010 F150.