We knew the various iPad mods would start appearing on the Internet, but we didn’t expect one this cool to appear so quickly, the dash mounted iPad was created by Sound Man Card Audio.

In the video below you can see how the iPad was integrated into a Toyota Tacoma truck, and it is used for the only source of audio in the truck. 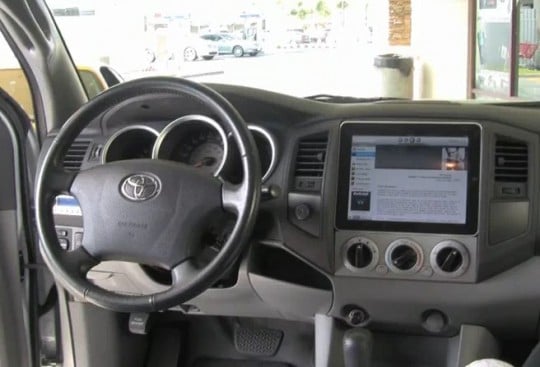 The iPad was paired with an Onkyo ND-S1 and an Audsion Bit One which acts as a digital to analogue converter and will also process the audio signal. The guys from Sound Man also used a McIntosh MCC460M amplifier.

Very cool, no doubt we will see quite a few iPad vehicle mods over the next couple of month as the iPad is ideal for a mini car computer.