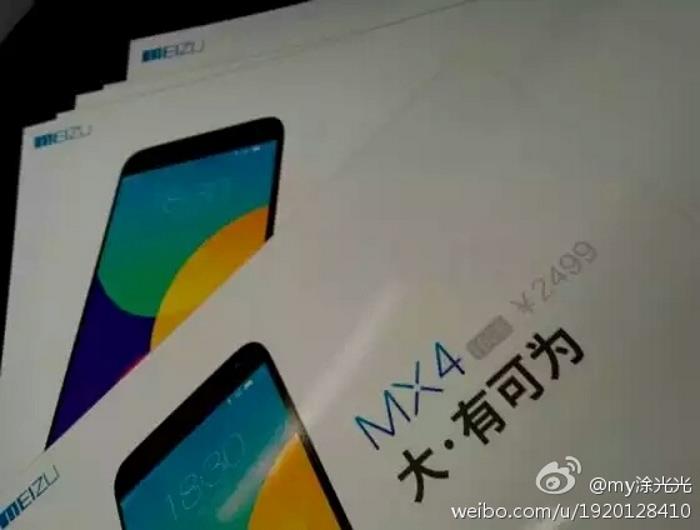 Not too long ago, some images of the Meizu MX4 were leaked showing us the display screen, giving us a glimpse of the display size the device is expected to offer.

Recently, some promotional material of the alleged Meizu MX4 were leaked on Weibo, revealing some of the specifications as well as the price of the purported device when it launches.

According to the leaked material, the upcoming Meizu MX4 will come with impressive imaging capabilities, featuring a 20.7MP camera on the back of the device — it’s the same sensor that is a part of the Sony Xperia Z2. Additionally, the leak suggests that it will come with a 2,499 yuan (almost $406) price tag. As for the operating system, it should come with Android KitKat with their own Flyme 4.0 on top of it.

Previous rumors suggest that Meizu will announce their upcoming flagship device on September 2nd, possibly before the IFA 2014 kicks off — some rumors hint at August 18th as the announcement date. There’s no confirmation as of now, but it’s possible since almost all OEMs are expected to announced their upcoming flagship devices in September. Samsung has an event on Septembr 3rd, while Motorola has scheduled an event on September 4th.