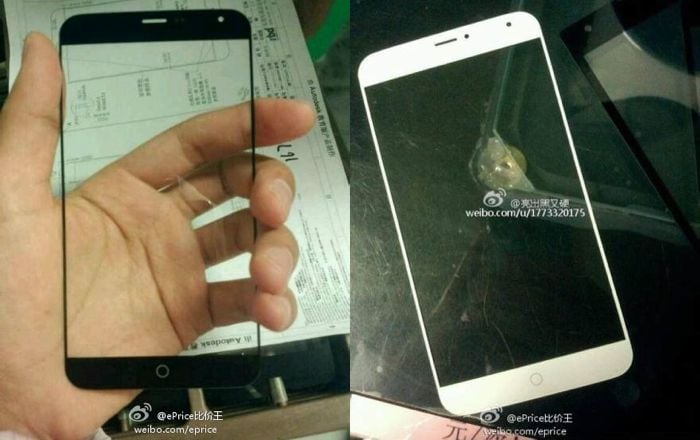 We have been hearing rumors about the new Meizu MX4 smartphone, and now we have some photos, which are reported to be of the glass screen of the Meizu MX4.

As you can see from the photos, this new screen for the Meizu MX4 features an ultra slim bezel, the bezel on the handset is apparently just 1.1 mm thick.

The handset is rumored to come with a 5 inch Quad HD display that will have a resolution of 2560 x 1440 pixels, the device is also rumored to be powered by a quad core Qualcomm Snapdragon 805 processor and 3GB of RAM.

The Meizu MX4 will come with front and rear facing camera, the rear camera on the handset is said to be a 16 megapixel camera with a range of advanced features, whilst the front camera will apparently be a 5 megapixel ‘selfie’ camera. The handset si said to come in two colors, black and white.

The handset will apparently come with Android 4.4 KitKat, the device is rumored to be announced some time next month, and we previously heard it may go on sale in early September, possibly the 2nd of September, as soon as we get some more information, we will let you guys know.