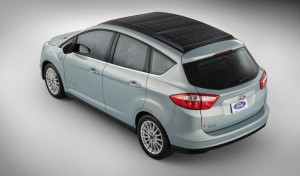 Ford has announced the Ford C-Max Solar Energi concept car, which will be shown off at the Consumer Electronics Shows in Las Vegas next week. The Ford C-Max Solar Energi is a plug in hybrid vehicle, that features solar panels on the roof of the vehicle, the solar panels can be used to charge the cars batteries. … END_OF_DOCUMENT_TOKEN_TO_BE_REPLACED 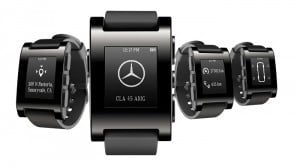 Mercedes-Benz and the folks at Pebble have forged a strategic partnership to develop a series of applications for the smart watch that can be used to unlock some interested features for the connected card, also act as a second screen for your smartphone. Mercedes announced that it will release an updated version of its Digital DriveStyle app in order to allow it to … END_OF_DOCUMENT_TOKEN_TO_BE_REPLACED 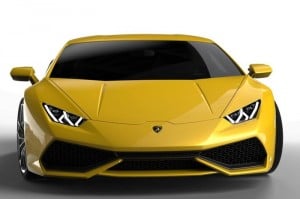 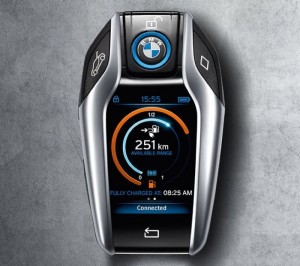 BMW's new electric supercar, the BMW i8 will go on sale next year, this cool EV is already sold out for 2014, and now we have some details on the new BMW i8 key fob. Key fobs are not normally the sort of thing we feature on the site, but this one looks a lot cooler than you standard car key fob, sort of like a mini smartphone, and it will display information on the new BMW … END_OF_DOCUMENT_TOKEN_TO_BE_REPLACED 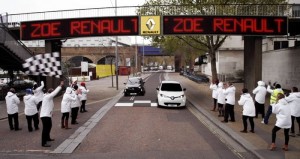 Renault has created a life sized Scalextric track in London to promote their latest electric vehicles, the Renault Zoe, and two of the Zoe cars were used in the video. The two Renault Zoe cars were modified to be controlled using Scalextric's controllers, which were then controlled from a helicopter by two competition winners, have a look at the video below. … END_OF_DOCUMENT_TOKEN_TO_BE_REPLACED 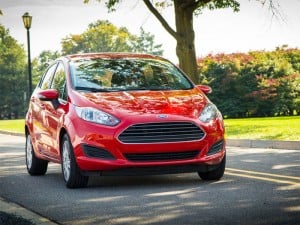 Ford has announced its plan to help save fuel for drivers and meet the federal fuel efficiency standards in the US using Start-Stop tech. Start-Stop technology automatically turns the engine of the car off when it stops and turns the engine back on automatically when the driver starts to go. The engine cranks back up when the brake pedal is released. … END_OF_DOCUMENT_TOKEN_TO_BE_REPLACED 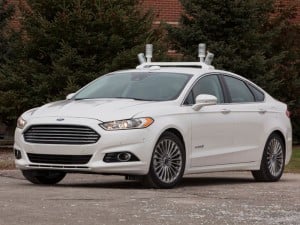 A number of different companies are working on developing driverless cars, and now Ford has announced their latest project, the Ford Fusion hybrid driverless research car. Ford has been developing their new driverless car in conjunction with the University of Michigan and State Farm, the vehicle is capable of seeing everything around it in all directions, and can detect its … END_OF_DOCUMENT_TOKEN_TO_BE_REPLACED 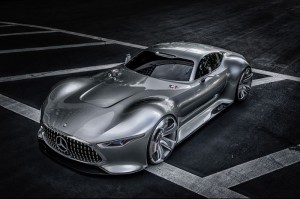 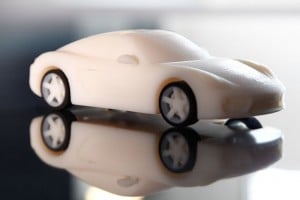 3D printing is becoming more and more popular, and now luxury sports car manufacturer has released an .STL file that can be used to print your own 3D printed 2014 Porsche Cayman S. Of course this 3D printed 2014 Porsche Cayman S will be a lot smaller than the original vehicle, and we don;t think it will be as fast, at least it is free, have a look at the video below. … END_OF_DOCUMENT_TOKEN_TO_BE_REPLACED 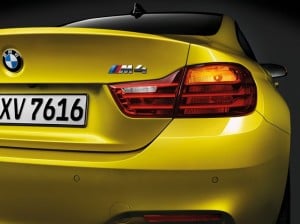 BMW has taken the wraps of their new BMW M4 Coupe and new M3 sedan, both cars will be shown off at the Detroit Auto Show in January 2014. The M4 couple is an all new model that replaces the previous M3 coupe, the new M3 will no longer be available as a coupe like in previous years. … END_OF_DOCUMENT_TOKEN_TO_BE_REPLACED 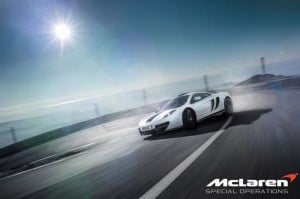 MacLaren has announced a new version of the 12C, called the MSO 12C Concept Car, this new supercar has been customized by McLaren Special Operations, who provide a bespoke service for customizing McLaren cars for their owners. The McLaren MSO 12C comes with a new bonnet, front wing louvres, rear wing vents, an air brake, plus an integrated roof snorkel which feeds air to the … END_OF_DOCUMENT_TOKEN_TO_BE_REPLACED 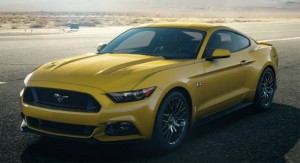 Ford announced the all-new 2015 Mustang this month. The new 2015 Mustang is massively changed from previous versions and is a true world car. The new Mustang gets independent rear suspension among other things and EcoBoost power. Ford has relied heavily on its EcoBoost 4-cylinder engines to improve fuel efficiency while delivering the performance expected in its vehicles. … END_OF_DOCUMENT_TOKEN_TO_BE_REPLACED