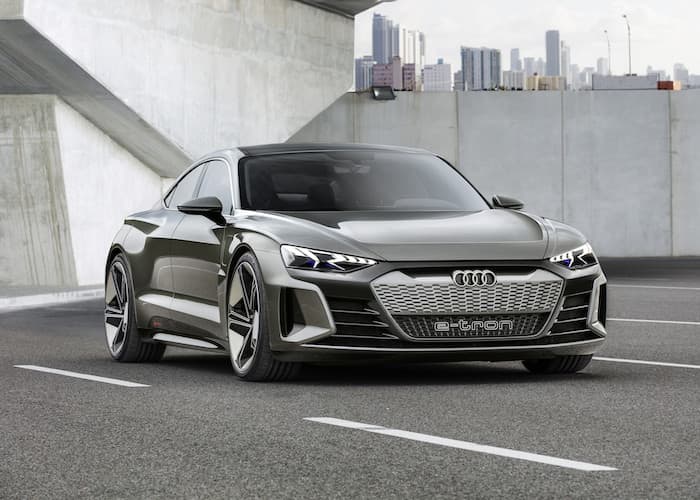 Audi has revealed that it will be showing off four EVs at the Geneva Miotor Show this week, this will include the Audi e-Tron, the Audi e-Tron GT and the new Audi Q4-etron.

We have already seen some of these vehicles and are looking forward to seeing the new Audi Q4 e-tron SUV.

The first member of this new quartet of electric vehicles, the Audi e-tron*, will already be supplied to customers soon. The company will introduce the series-production version of its coupé equivalent, the Audi e-tron Sportback, later in 2019. Another electric car will be presented in a few weeks in China: the Audi Q2 L e-tron, which the first customers will also be able to take receipt of 2019. Two further series-production debuts will then follow in 2020: the Audi e-tron GT and Audi Q4 e-tron. Concept cars at the stand in Geneva provide a look at these two future models.

In addition, still in 2019, a brand plug-in offensive involving virtually all market segments will take place. New to the range are hybrid versions of the high-volume product lines Audi A6, A7, A8 and Q5 – they are also making their public debut at the Geneva Motor Show. Both of the established plug-in versions of the Audi A3 and Audi Q7 can also be available for order again – with revised technology – in 2019.

We will have more details about Audi’s electric car range when they are shown off at the Geneva Motor Show this week.