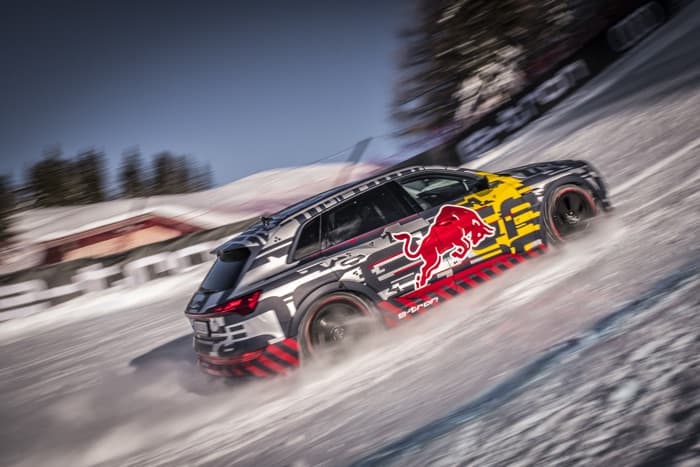 The new Audi E-tron launches soon and now Audi has created a video showing how powerfull their new electric vehicle is.

In the video below we get to see the new Audi E-tron climb the Streif in Kitzbuhel, the car is driven by rally cross driver Mattias Ekstrom.

In late January, Audi sent its first fully electric-powered SUV onto the slopes where the world’s best ski racers battle for victory in the Hahnenkamm Race. The specially equipped Audi e-tron climbed the “Mausefalle” on the legendary “Streif”. With an 85 percent gradient, it is the steepest section of the spectacular downhill course.

“We already proved the mettle of the electric SUV last year in a number of Audi e-tron extreme events. From Pikes Peak to the salt plains of Namibia to the high-voltage test bay in Berlin – the Audi e-tron prototype mastered the greatest of challenges,” says Peter Oberndorfer, Head of Product and Technology Communications. “With the sensational drive up the ‘Mausefalle’ we have pushed the boundaries even further and demonstrated all the technical possibilities of quattro technology in an electric car.”

You can find out more information about the new Audi-Etron over at Audi at the link below.