If you have been patiently waiting for the arrival of the new Black Ops Escalation DLC to arrive on PC, your wait is now over and it’s now available to download.

Escalation, is available to purchase and download on Steam for $14.99 and includes everything other game consoles have been enjoying for some time.

Steam is also providing a few extra goodies this weekend for Black Ops fans offering a free multiplayer weekend, enabling anybody to download the game and sample its multiplayer side absolutely free on PC. From now until June 5 at 1pm PT, and all XP earned in multiplayer will also be doubled. 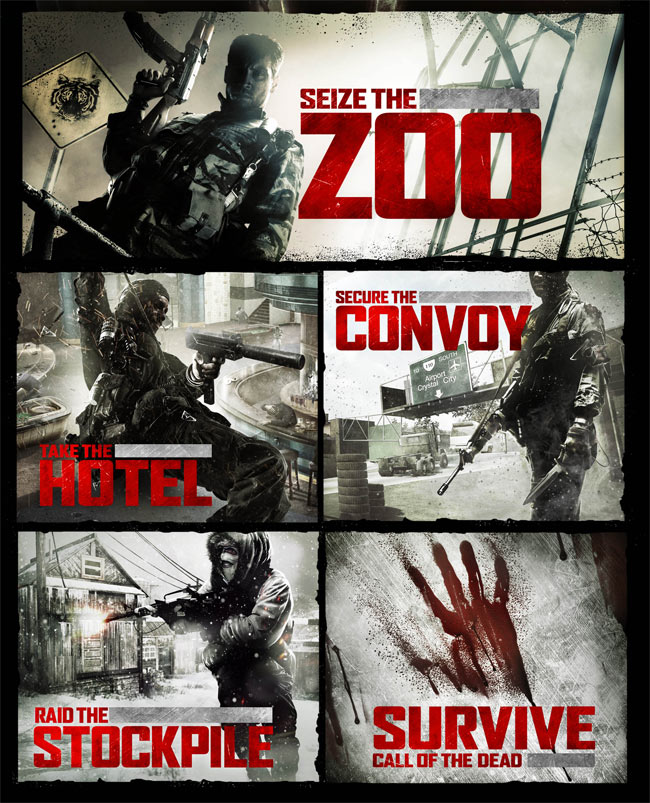 You can now join a star studded cast in the new zombie level ”Call of the Dead” which stars George Romero the famous horror director himself. Together with Sarah Michelle Gellar (Buffy), Robert England (Freddy Kreuger), Danny Trejo & Michael Rooker who plays Merle Dixon in The Walking Dead.

Other maps included in the Escalation DLC for Black Ops include :  Hotel, Convoy, Zoo and Stockpile.