Earlier today HTC announced that they are holding a press event on the 25th of March, the company will announce their new flagship Android smartphone the HTC M8.

We have already seen a number of photos of the new HTC M8 and also some press renders of the handset, and now we have another one. 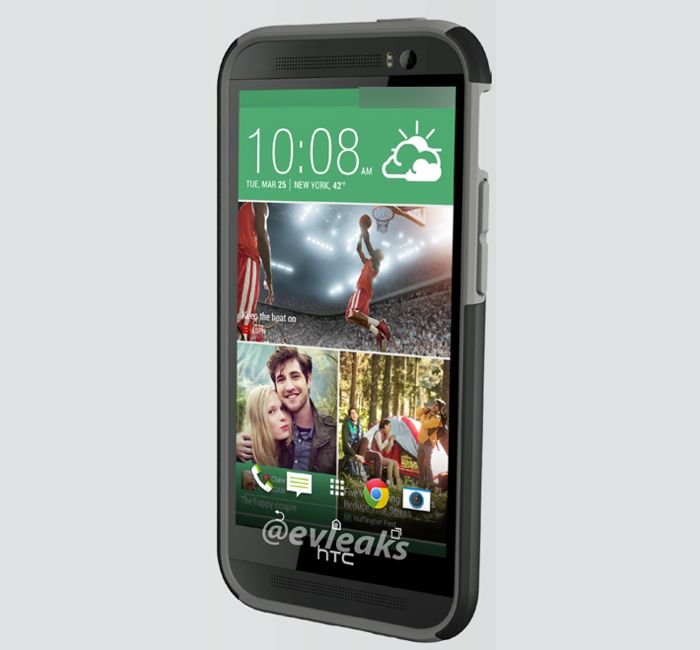 The photo above was posted on Twitter by @evleaks, and it shows the HTC M8 in a protective casing, which is probably a new official case from HTC.

The HTC M8 will come with Android 4.4 KitKat, the device is said to feature a 5 inch full high defintion display with a resolution of 1920 x 1080 pixels.

Under the hood of the HTC M8 will be a quad core Qualcomm Snapdragon 800 processor and 2GB of RAM, the device will also come with front and rear facing cameras.

The handset will feature dual cameras on the back, both cameras are said to be 5 megapixel cameras, as yet there are no details on how these will work.

As soon as we get some more information on the new HTC M8, including some more photos and confirmation of the specifications, we will let you guys know.