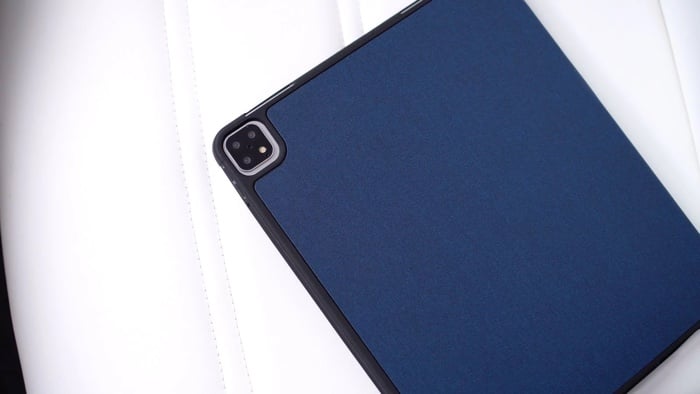 We recently saw some leaked cases for the new 2020 iPad Pro and now we get to have a look at the case design for the new iPad Pro. The case featured in the video is from a third party case manufacturer.

The updated iPad Pro is expected to be available in two different sizes, 11 inches and 12.9 inches and it will get a number of design changes over the current iPad. This will include a new triple camera system on the back like the iPhone 11.

As we can see from the video the case features a square cut out on the back for the new triple rear camera setup. We can also see that the rest of the design for the new iPad is very similar to the current model.

The tablet will also come with the new Apple A13 Bionic processor that is used in the iPhone 11 and iPhone 11 Pro. Apple are expected to make this new iPad official at a press event next month, we are expecting to see a number of other devices at the event.

This should include a new iPhone SE 2 or iPhone 9, a new 13 inch MacBook Pro, an updated iPod Touch and a new Apple TV. Apple is rumored to be holding this press event on the 31st of March.