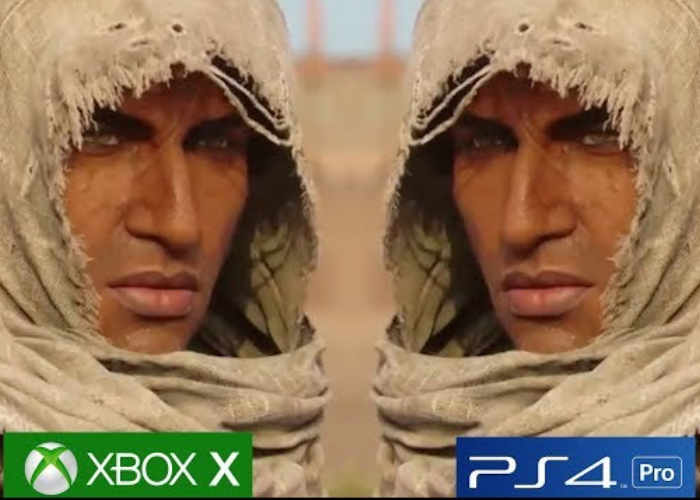 The latest Assassin’s Creed game is set in Ancient Egypt during the Ptolemaic period and recounts the secret fictional history of real-world events. The story explores the origins of the centuries-long conflict between the Brotherhood of Assassins, who fight for peace by promoting liberty and The Order of the Ancients—forerunners to the Templar Order—who desire peace through the forced imposition of order. Origins received positive reviews from critics, who praised the story, characters, voice acting, reworked gameplay-systems, immersive world of Egypt and the visuals, while criticizing some of the pacing and technical issues. The game has been lauded as either the best or one of the best installments in the series by multiple critics.

YouTube channel Gaming Bolt creator of the comparison between the Xbox One X vs PS 4 Pro explains more about the graphical experiences from both.

Graphical assets are 1:1 across both the PS4 Pro and Xbox One X and this is a tad disappointing given the new console has far more memory and GPU TFLOPS to push. Regardless of this shortcoming, the Xbox One X remains the best console verion to play Assassin’s Creed Origins on (with better resolution and frame rate). It’s a shame that the console isn’t pushed to its limits but what we have is ultimately a beautiful and highly optimized game.