If you enjoy running Google’s Android 4.0 Ice Cream Sandwich (ICS) operating system and its applications, but miss it when you are using your Windows desktop. A new software app called WindowsAndroid might be able to help you fill the void.

The WindowsAndroid application has been created to enable you to run Google’s Android 4.0 operating system without the need for any additional hardware. Watch the video after the jump to see WindowsAndroid in action. 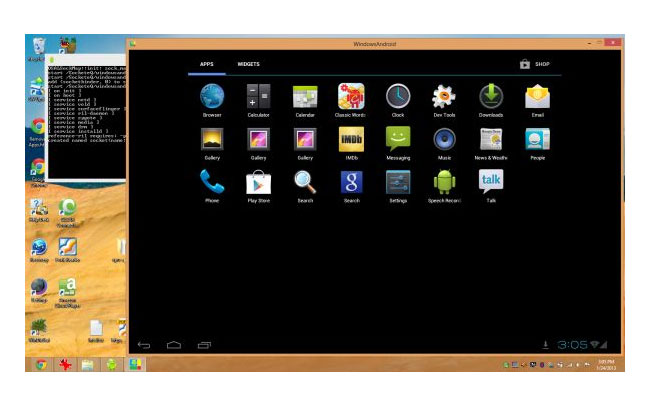 Currently WindowsAndroid supports Windows systems running Windows Vista or later and will support most screen resolutions, but is still under development at the current time. However is you are interested in giving the software a spin you can request access to an early release build from the developer’s website. The Liliputing site also explains:

“You can also sort of install the Google Play Store by downloading the latest gApps package for Android 4.0, unzipping it, and copying the contents to the appropriate folders in \SocketeQ\windowsandroid_root\system. But the vast majority of Android apps in the Play Store will show up as incompatible with your device — and I had trouble getting any apps that are compatible to install properly.”