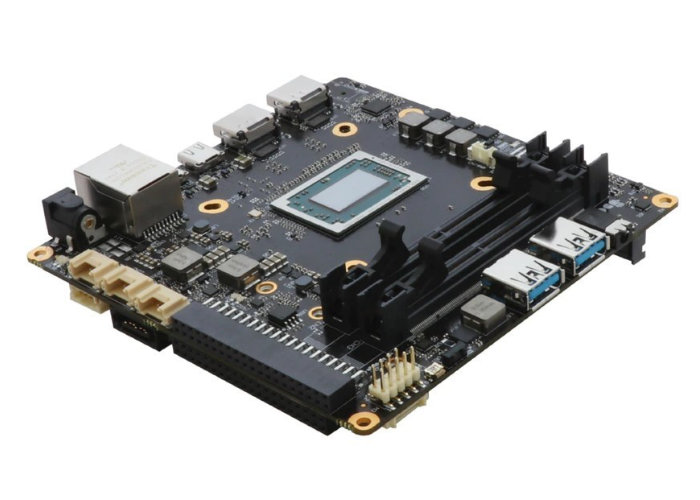 After launching thanks to a successful Kickstarter campaign the development team behind the new UDOO BOLT single-board PC are expected to start shipping the first boards in the next couple of weeks. Unfortunately the team missed the original shipping date due to unforeseen manufacturing issues but has recently made an update to Kickstarter revealing that the first 300 units should ship to early bird backers within the next few days.

“Check your backer number: if it’s below 300 AND you pledged for the EARLY BIRD UDOO BOLT V8(279$) tier, we will ship your reward within 10 days! This time span will give us the chance to complete the testing and get the board ready to be shipped! For all the other backers, we’ll ship all the remaining batches by the end of April/May.”

To recap the UDOO BOLT single-board PC can be equipped with a choice of specifications offering either a Ryzen Embedded V1202B processor with Radeon Vega 3 graphics or a Ryzen Embedded V1605B chip with Radeon Vega 8 graphics. CPU and GPU are supported by up to 32GB of DDR4-2400 RAM thanks to the inclusion of two SODIMM slots. While on-board storage takes the form of 32GB of eMMC 5.0 storage and the mini PC supports SATA hard drives or SSDs together with M.2 PCIe NVMe solid state storage. 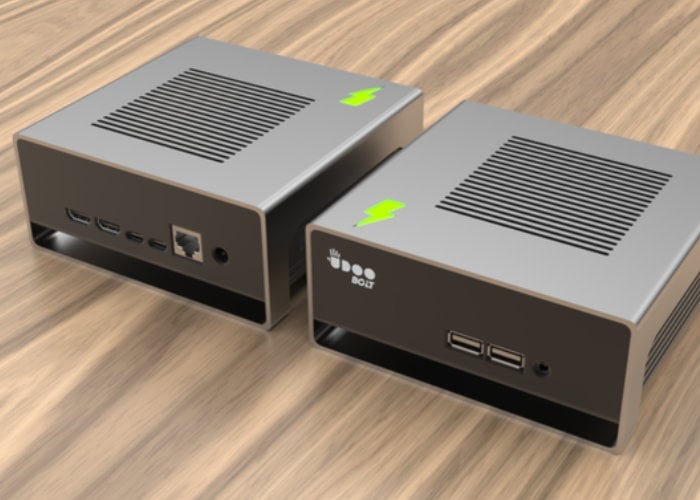 – PCI-express 4 lanes, which means compatibility with the new-generation NVMe SSDs, the fastest ones.
– Possibility to add a 4-lanes-compatible external GPU for an over-the-top, immersive gaming experience.
– It supports High Dynamic Range (HDR) and FreeSync 2.
– It works with any motion controller or gaming accessory that already works on your PC.
– It’s great for VR, especially DIY VR.
– It embeds an Arduino™-compatible platform, so you can build your own gaming platform the way you really want.
– Keyboard Scan to create combo custom controllers.

“The UDOO BOLT is a quantum leap compared to current maker boards: a portable, breakthrough supercomputer that goes up to 3.6 GHz thanks to the brand-new AMD Ryzen Embedded V1000 SoC, a top-notch, multicore CPU with a mobile GPU on par with GTX 950M and an integrated Arduino™-compatible platform, all wrapped into one.”

For more details jump over to the official Kickstarter crowdfunding campaign update.