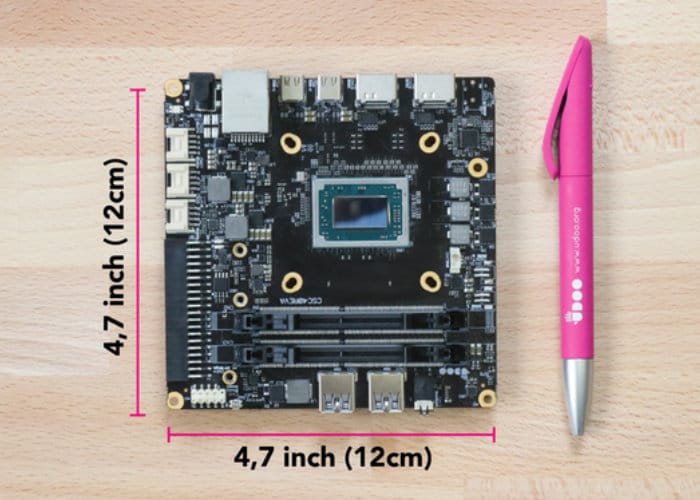 A new Kickstarter campaign has started this week to raise funds for the new UDOO BOLT development board which is equipped with a AMD Ryzen Embedded V1000 making the mini PC twice as fast as the current MacBook Pro 13″ created by Apple, say it’s creators UDOO. Watch the demonstration video below to learn more about the new minicomputer that is now available to back with early bird pledges available from $229 and worldwide shipping expected to take place during December 2018. 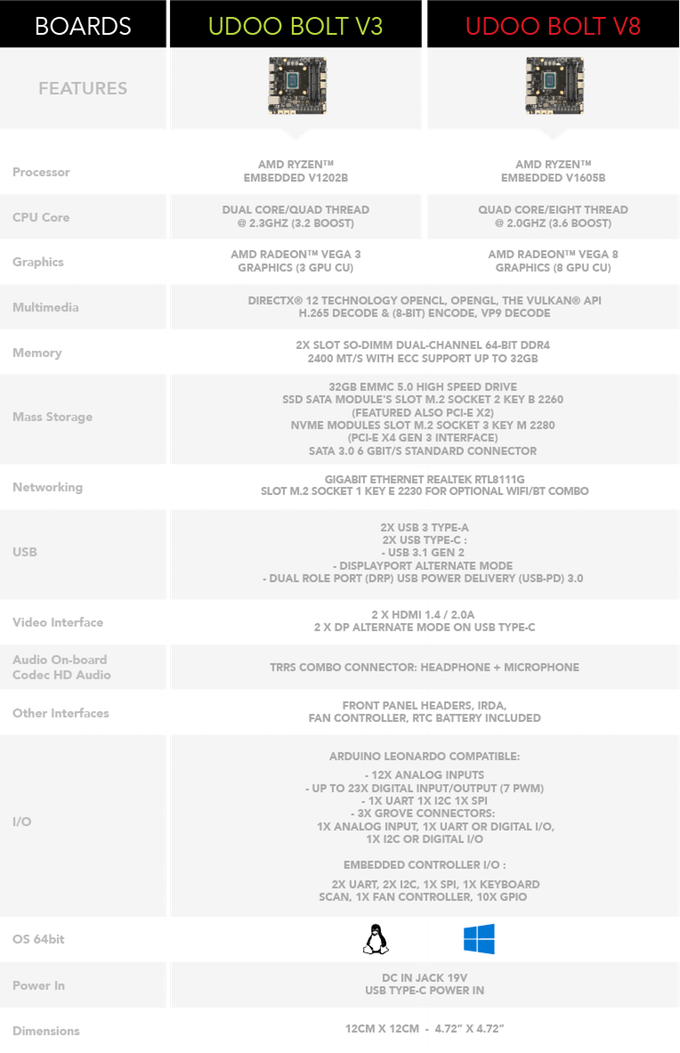 With still 60 days remaining on its campaign the team at UDOO have already raised nearly twice their required pledge goal and offer a wide variety of different pledges and configurations depending on your needs and requirements. For $229 users receive a mini PC equipped with a Ryzen Embedded V1202B dual-core processor featuring Vega 3 graphics. Or for $279 receive a mini PC equipped with an AMD Ryzen Embedded V1605B quad-core processor and Radeon Vega 8 graphics. The UDOO BOLT runs any software developed for the PC, allowing you to swap and change between Windows and Linux depending on your requirements.

Support for SATA III or M.2 2260/2280 solid state drives is also provided in the development board is also Arduino compatible featuring GPIO, UART, and other analog and digital I/O connectors. Four full specifications, pledges and configuration options jump over to the official Kickstarter crowdfunding campaign page via the link below.