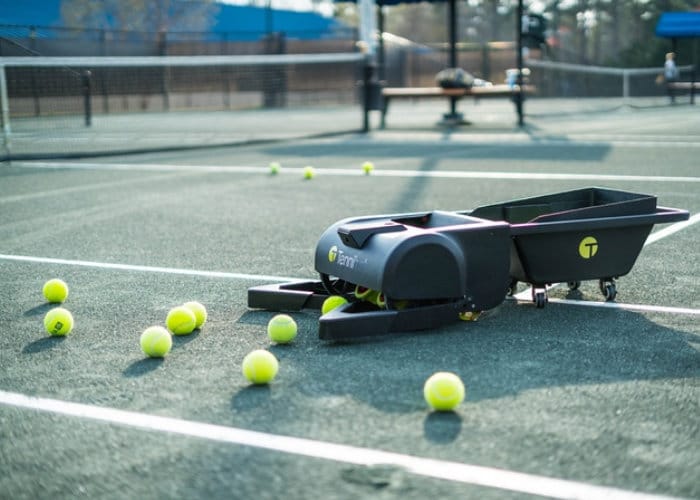 Tennis players or sports facilities looking for an automated way to collect tennis balls from the courts may be interested in the world’s first robotic tennis ball collector aptly named Tennibot. The autonomous and intelligent robot saves both tennis players and coaches valuable time by eliminating the tedious task of collecting tennis balls. Check out the video below to see a demonstration of how the Tennibot manoeuvres and functions.

The developers of Tennibot have this week launched a new Kickstarter campaign to raise the required $35,000 to take the design into production. With 44 days remaining the team has already passed this pledge go thanks to super early bird backers pledging $675 or more to be one of the first proud owners of the tennis ball collecting robots.

“Tennibot is the first robotic ball collector to ever hit the market. While we are thrilled to introduce this new product to the tennis industry, this kind of innovation doesn’t come without its fair share of difficulties. We have created multiple Tennibot prototypes, done extensive testing, and partnered with industry experts. We’ve done our homework, but despite our preparation we know that there may be some unforeseen road blocks along the way. No matter the obstacle, our goal is to provide the highest quality product within the timeline.”

For more information and full specifications as well as a list of all available pledges jump over to the official crowdfunding campaign page by following the link below. If all goes well Tennibot is expected to start shipping out to worldwide backers during January 2019.