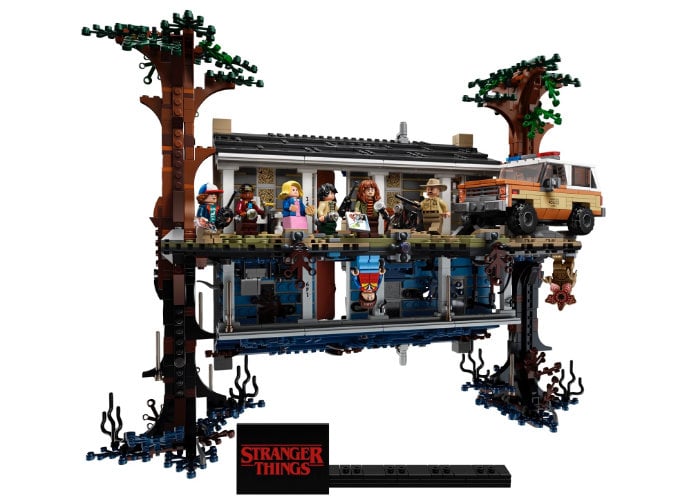 The LEGO Group has this week announced the first ever product collaboration with Netflix, helping to create the LEGO Stranger Things: The Upside Down set. A special launch took place in the Leicester Square LEGO Store in London and The LEGO Store, Flat Iron District, New York City this week. The Stranger Things LEGO set allows fans to build the Byers’ house and the supernatural world of The Upside Down. 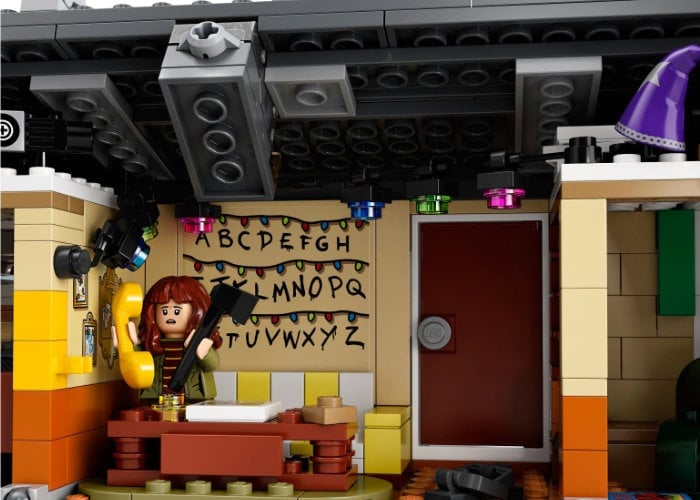 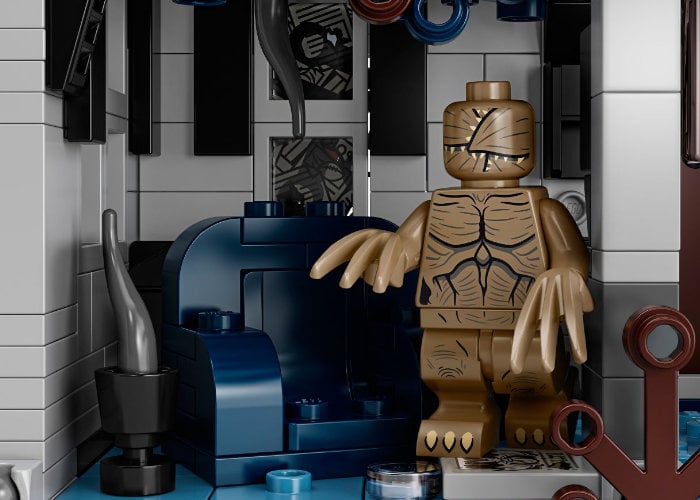 “The set is full of authentic details from the award-winning Netflix original show, including the alphabet wall complete with a light-up function, a buildable version of Chief Hopper’s police cruiser and the phone in the Byers’ living room, Step into Will’s bedroom with a buildable bed and stickered elements of the posters decorating Will’s room. There are small Easter eggs to be discovered throughout the house including a ‘Will the Wise drawing’ and a picture of the iconic Mind Flayer hidden in the attic.” 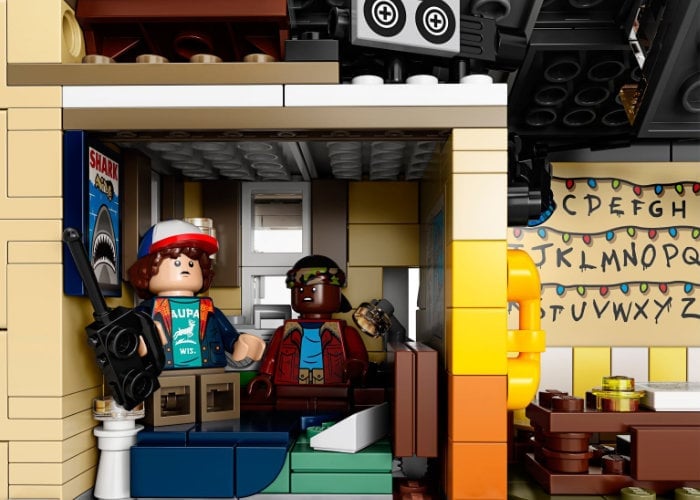 – The Byers’ house features a front porch with furniture, living room, dining room and Will’s bedroom.
– The living room features authentic details from the series, like the alphabet wall with a light-up function, couch, coffee table, telephone, axe, ‘have you seen me?’ flyer stickered element and a bear trap to catch the Demogorgon.
– Will’s bedroom plays a central role in the series, which this model faithfully replicates, including details like Will’s boombox, bed, desk, desk lamp, drawings and movie posters.
– The dining room includes an armchair, boxes that store Christmas lights, fantasy game rule book stickered element and a potted plant.
– The attic space includes a Mind Flayer drawing stickered element and a wizard hat for ‘Will the Wise’.
– The Upside Down set captures the look and feel from the Netflix original series, including creepy vines, dark coloring and a dilapidated look.
– Chief Jim Hopper’s police truck includes a removable roof for easy access to the interior and a pumpkin element as a reminder of Season 2.
– Accessory elements include Lucas’ slingshot and flashlight, Dustin’s walkie-talkie and compass, Mike’s flashlight and walkie-talkie, Hopper’s coffee mug, Joyce’s flashlight and drawing of ‘Will the Wise’, and Eleven’s waffle.
– This Stranger Things collectible includes over 2,200 pieces and comes in 11 bags, so the real world and The Upside Down can be built at the same time for a shared building experience.
– Measures over 12” (32cm) tall, 17” (44cm) wide and 8” (21cm) deep. 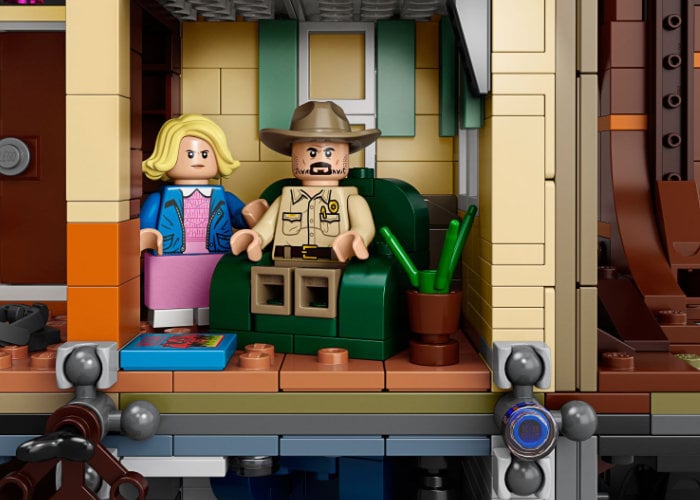