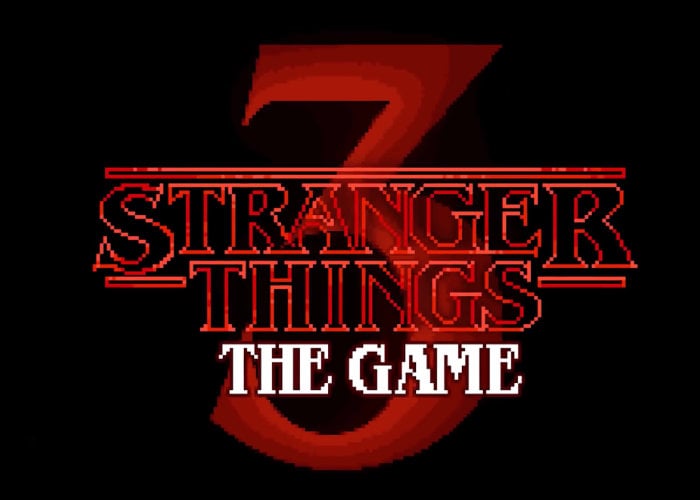 The Stranger Things 3 game will be available on PC, PlayStation 4, Xbox One and mobile devices and a new teaser trailer has been released to provide a quick overview of what you can expect from the retro-styled 16-bit graphics to the gameplay and characters. “Explore through the world of the hit Netflix original series in the official game for Stranger Things 3!” The Polygon website explains more about what you can expect from the gameplay.

“The game features local split-screen co-op, but no online play. It can also be played solo. The player navigates familiar Stranger Things environments, like moody woods and sterile laboratories, solving environmental puzzles and fighting baddies. Each character has a unique combat ability. As new characters are unlocked, the player can switch between the roster in real-time.

In the demo, we played as Joyce Byers and Jim Hopper. Joyce can spin around like a tornado, breaking boxes and stunning enemies. Jim bullrushes, clearing lines of foot soldiers. Certain characters’ skills will allow them to access additional areas and items.

It’s all very simple and familiar, but that may be a blessing. Playing in portable mode, I could watch the show while picking at the game’s stages. This may sound sacrilegious to folks who dedicate their full attention to every TV show and film, but for those of us that sometimes enjoy doubling up our entertainment, Stranger Things 3 and Stranger Things 3: The Game could make for a delightful pairing.”

Me after watching the first trailer for @Stranger_Things 3: The Game: