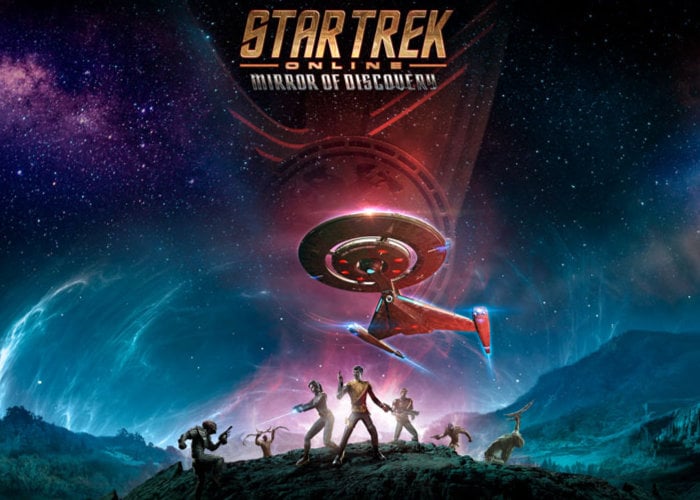 To celebrate Star Trek Online’s 9th Anniversary the development team responsible for the game of this week launched the fifth major update to the game’s content with the launch of Star Trek Online Mirror of Discovery expansion. Check out the launch trailer below to learn more about what you can expect from the latest new Star Trek Online content.  The  latest expansion is now available to download on the Xbox One and PlayStation 4 offering all-new missions, updates to reward systems, and a special celebration of Star Trek Online’s 9th Anniversary.
“For the first time ever, Star Trek fans will finally meet the Terran Empire’s dreaded Captain Killy, voiced by Mary Wiseman from the show. As leader of the I.S.S. Discovery, Killy’s ruthless reputation was often mentioned in the series, though her character was never shown on-screen.”
Watch this video on YouTube.
The Star Trek Online Mirror of Discovery expansion features:
– Two New Featured Episodes – Captains hailing from all of the game’s various factions can experience two new playable episodes featuring Captain Sylvia Tilly of the Terran Empire.
– “Para Pacem” – Players will witness the I.S.S. Discovery’s fated confrontation with Klingon forces, in the middle of an ion storm above Pahvo.
– “Illusion of Communication” – Captains must stop Captain Killy from using Terran Empire technology to manipulate Pahvo’s peaceful biosphere.
– Anniversary Events – Star Trek Online celebrates nine years of exploring the Star Trek universe from within by bringing back the popular Omega Molecule Stabilization event. Players who stabilize Q’s scattered Omega particles can earn free Omega Particle Tech Upgrades and prize vouchers, redeemable for the new T6 Vulcan Scout Ship featured in Star Trek: Discovery.
– Battle at the Binary Stars – By popular demand, the Battle at the Binary Stars Event is now available as a Task Force Operation, with the debut of Advanced and Elite modes that will challenge even the most experienced players.