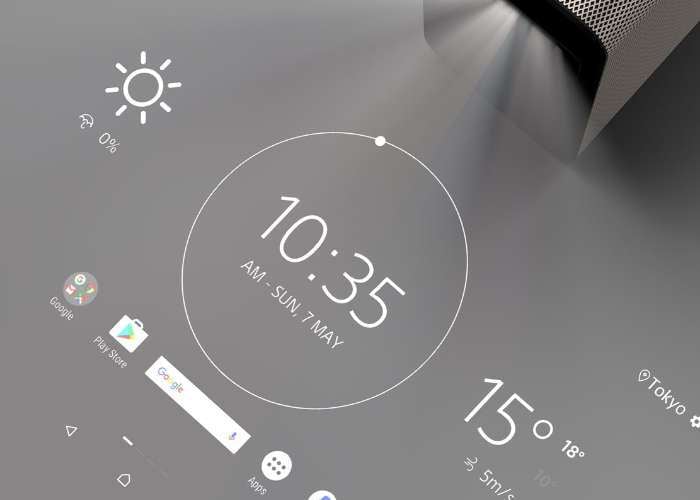 After previously unveiling their new interactive Xperia Touch projector earlier this year, Sony has now made it available to purchase allowing you to interact with its projections on almost any flat surface.

The Xperia Touch Turns any wall, table or floor into an interactive screen using short throw projection technology. The compact projector also equipped with wireless connectivity and an internal rechargeable battery. Watch the video below to learn more about the Sony Xperia Touch protector which is now available from £1,300.

Xperia Touch doesn’t just show images, it responds to you and your touch. Built with the latest Sony intelligence, it’s a portable projector that’s easy to use and remarkably smart. Ready to swipe through a photo album or play a multi-player game on your coffee table? Xperia Touch combines infrared light array with 60fps camera capture to turn a flat surface in your home into a 23-inch touchscreen.

For more information on the Sony Xperia Touch jump over to the official projector website via the link below.