Sony is rumored to be working on some more high-end devices that will see the light of the day later this year. Included in the list is the mysterious Sony D6503 Sirius, and another device that goes by the codename Canopy which is a little mystery as well.

We already know several details about the alleged Sony Sirius, and today, we’ve some more information about the camera capabilities of the device, which definitely look impressive. 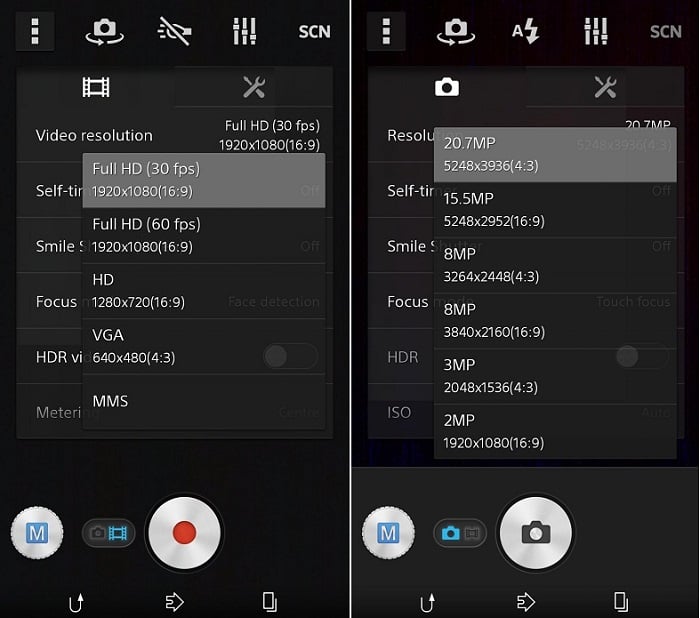 It seems the camera on the alleged Sony D6503 Sirius is quite impressive, and we already know that it is expected to come with a 20.7 megapixel camera on the back for photos and videos. Today, some leaked screenshots shows a 15.5 megapixel manual camera settings to capture photos. The images surfaced from XDA-Developers Forum, where a user who goes by the name of iRimas posted some screenshots of the camera application of the device. In addition, it seems the camera is also capable of recording full HD videos at 60fps.

In terms of other specifications, rumors suggest it will come with a 5.2-inch display sporting a resolution of 1920 x 1080 pixels, Snapdragon 800 chipset clocked at 2.3GHz, 3GB of RAM, 16GB internal storage with a microSD card slot, 2.1 megapixel front-facing camera and runs Android 4.4.2 KitKat pre-installed out of the box.

There’s no official word about the launch of the handset, but rumors suggest it will see the daylight at the Mobile World Congress 2014 later this month.