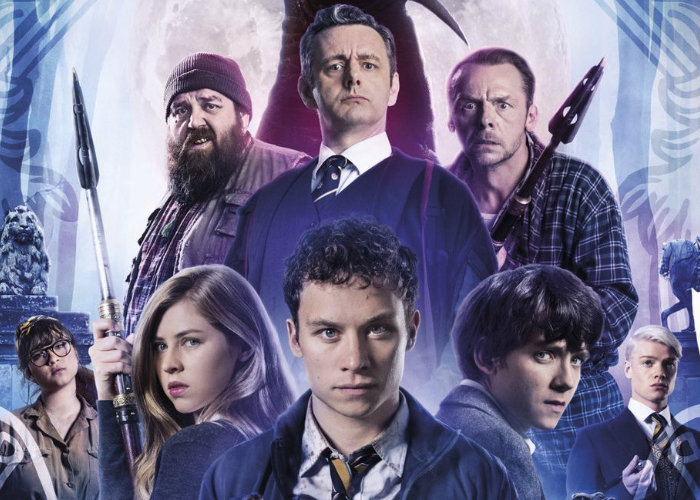 Slaughterhouse Rulez the 2018 horror comedy directed by Crispian Mills and written by Mills and Henry Fitzherbert, starring Simon Pegg, Nick Frost, Asa Butterfield, Michael Sheen and Margot Robbie will soon be available to view on digital download and disks. Check out the teaser trailer below to learn more about what you can expect from the characters and storyline.

Slaughterhouse Rulez is the first film from Stolen Picture, a film and TV production company formed by Simon Pegg and Nick Frost. The film was released in the UK and Ireland on 31 October 2018. Simon Pegg is co-creator of the Channel 4 sitcom Spaced, directed by Edgar Wright. He also co-write and starred in the Three Flavours Cornetto film trilogy with Nick Frost, Shaun of the Dead (2004), Hot Fuzz (2007), and The World’s End (2013). He and Nick Frost wrote and also starred in the sci-fi film Paul released in 2011.

“In the horror comedy being compared to Shaun of the Dead and Hot Fuzz, an elite British boarding school turns into a battleground for survival when seismic tremors unleash unspeakable horrors. A sinkhole appears at a fracking site in the woods near an esteemed but tough British boarding school, causing the pupils and teachers alike to fight for their survival against the monsters it unleashes.”